It was pouring rain and freezing cold in Brooklyn, New York. Officer Michael Pascale with the New York Police Department was on patrol when he spotted a tiny figure shivering beside a fence. As he approached, he discovered that it was a skinny black dog who wasn’t just huddled beside the fence—he was chained to it. Abandoned and scared, the animal looked up at the approaching stranger with fear in his eyes. 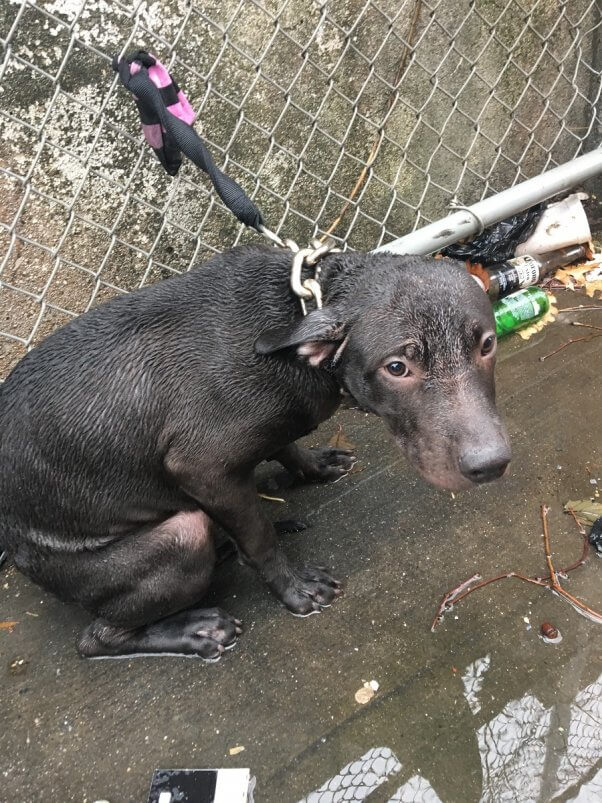 Pascale tried to comfort the pup as he unknotted the tether and tried to loosen the cold, heavy metal chain weighing down his thin neck. Bundling the whimpering dog in his arms, he carried him to the warm, dry patrol car and to safety. But for Pascale, the job wasn’t over. After the pup made a brief stop at the ASPCA for care, his new best friend was waiting for him, with a new home and a new name: Joey.

Joey has inspired Pascale to work even harder to end the abuse of chaining. As he rightly puts it, chaining a dog outside is “100 percent wrong.” It’s one of the cruelest punishments imaginable for social animals who need and deserve companionship. 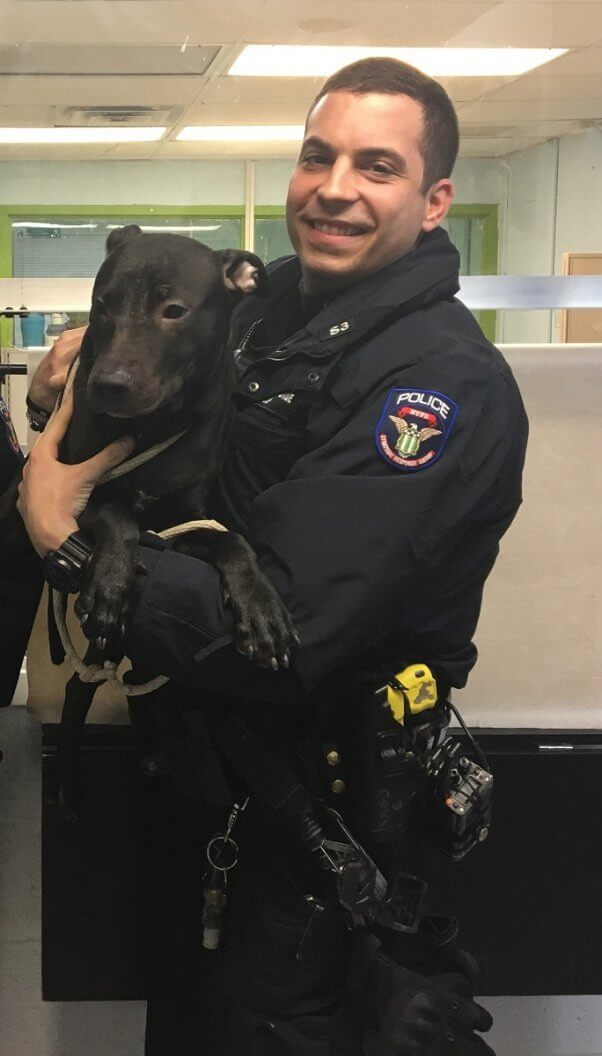 Chained dogs are often deprived of adequate food, water, shelter, veterinary care, socialization, and affection. And because they’re unable to escape, they can fall victim to other animals, cruel humans, fires, and flooding.

If you see a chained dog who appears to be suffering, call your local authorities. Stay with the dog until they arrive, and make sure that the animal receives help. If local authorities don’t help, contact PETA’s emergency pager at the number provided in the video. If you see an animal who needs help but does not appear to be in immediate danger, you can also use this form. You may be the animal’s only chance.