Will farmed animals forced into a life they didn’t choose lose their protections in the Volunteer State? Not if PETA and music legend Emmylou Harris have anything to say about it! 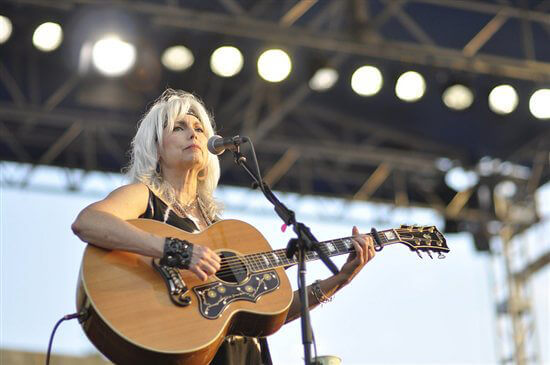 With your help, PETA has been able to kill off six state “ag-gag” bills, designed to prevent undercover investigations on factory farms and in slaughterhouses, this year alone. In fact, one such proposal (which had already been gutted and declared unconstitutional) just died in Indiana—despite attempts to revive it in the final hours of the session—after Mary Matalin, Bob Barker, Tony Kanal, and many more concerned folks pressed legislators to oppose the bill.

But an “ag-gag” bill in Tennessee has passed both houses and now sits on the governor’s desk, so we asked PETA pal Emmylou Harris to raise her (unforgettable) voice in behalf of farmed animals. In response, Emmylou sent the governor an urgent letter calling on him to veto the measure, Senate Bill 1248, explaining:

Instead of protecting animals on farms from abuse, Senate Bill 1248 is a thinly veiled attempt by the agriculture industry to paralyze the efforts of those concerned about the treatment of animals to collect evidence of a pattern of routine cruelty, which has helped officials win convictions against animal abusers around the country, by forcing them to turn over evidence of single instances of abuse almost immediately. … Because there is no government inspection of farms for cruelty violations and because workers who report abuse are frequently ignored, investigations are often the only way to hold farm workers and managers accountable to existing laws.

Although this is a state bill, meat from slaughtered animals crosses state lines, so it becomes a national issue. Even if you don’t live in Tennessee, you can help stop this bill. The governor needs to hear that concerned people everywhere are watching. Please join Emmylou Harris, Miley Cyrus, Carrie Underwood, Wynonna Judd, Tish Cyrus, and many others by speaking up against Tennessee’s “ag-gag” bill today.