Update: Today, The Washington Post ran a cover story highlighting PETA’s efforts to stop the U.S. military from killing thousands of goats and pigs each year in crude medical training drills. As the newspaper points out, a bill that was signed into law last month requires the Department of Defense to submit to Congress by the end of this week a detailed strategy and timeline for the phase-out of these deadly exercises. This is the first time in history that Congress has passed a bill that protects animals from abuse in military training exercises. Please take a moment to write to the Department of Defense and urge it to act quickly to phase out these barbaric exercises.

The year has just begun, but already 2013 has seen an exciting first for animals! President Barack Obama has just signed into law a bill that requires the Department of Defense (DOD) to create a strategy for replacing the shooting, stabbing, and dismembering of animals in military training drills with non-animal methods. This is the first time in history that Congress has passed a bill that seeks to protect animals from being abused in military training exercises. 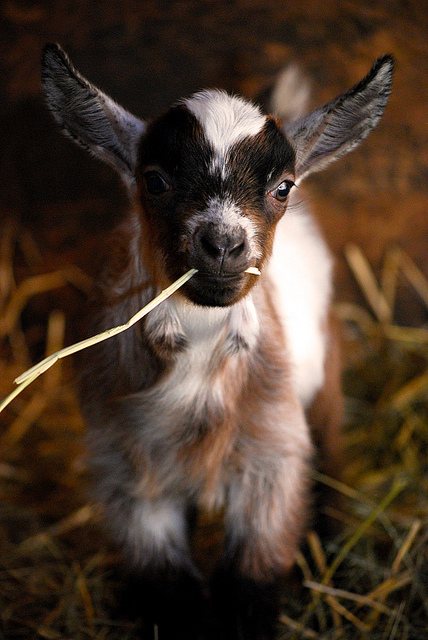 The Camera Shot Seen ‘Round the World

Last year, people were outraged when PETA released disturbing, never-before-seen undercover footage showing live goats as they were stabbed, had their organs yanked out, and had their limbs broken and cut off with tree trimmers during a military training drill, all while the animals moaned and kicked.

Multitudes of you contacted your representatives demanding that these archaic forms of “training” end and that the abusers who were caught on video be held accountable. You won. Under a provision in the newly signed National Defense Authorization Act, the secretary of defense has less than two months to present Congress with a strategy for phasing out the use of animals in trauma training. And the people who were caught on camera abusing goats were cited for violations of the Animal Welfare Act.

High-profile military veterans Oliver Stone, Bob Barker, and Gideon Raff have all joined you in asking the DOD to modernize its training program by replacing its deadly animal laboratories with more reliable methods such as human-patient simulators. These realistic models can breathe, bleed, talk, and even “die,” and trainees can perform procedures on them over and over again until they master lifesaving skills.

While this monumental law requires the secretary of defense to create a plan to phase out the use of animals, it does not mandate a specific date by which animal training methods must end. Help us keep the pressure on by e-mailing the secretary of defense and other DOD and Department of Homeland Security officials and urging them to switch to superior non-animal training methods immediately.