After more than five years of campaigning by PETA Germany, a German court has ordered that 42-year-old chimpanzee Robby, the last great ape in a German circus, be transferred to the renowned Animal Advocacy and Protection sanctuary in the Netherlands. 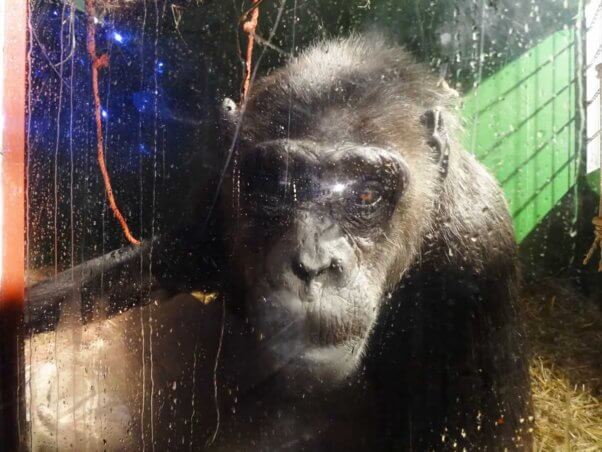 There, he’ll receive expert care and rehabilitation after decades of being locked alone in a trailer, dressed up in a tuxedo, and forced to perform circus tricks: 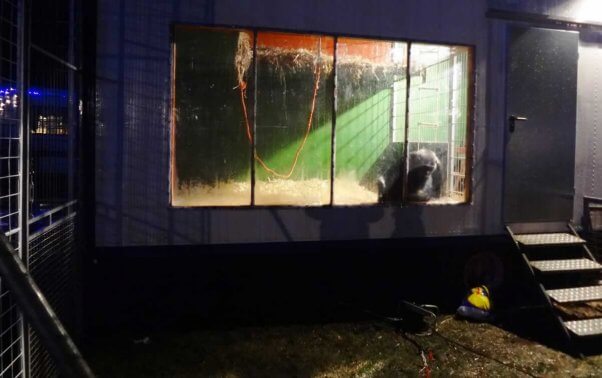 It’s been a long campaign. Since 2011, PETA Germany collected over 77,000 signatures in support of Robby’s release, filed numerous animal-welfare complaints over his suffering, and teamed up with Dr. Jane Goodall to stress the importance of sending him to a sanctuary. The circus has fought the campaign every step of the way—on one occasion, the circus director’s son even broke a PETA Germany member’s arm with a shovel—and has announced its intention to appeal the court’s decision. If the circus’s appeal is unsuccessful, Robby will likely be able to move to his new sanctuary home later this year.

“After years of violence and loneliness, this chimpanzee now has the opportunity to enjoy his sunset years in the expert care of one of the world’s foremost primate sanctuaries,” says PETA President Ingrid Newkirk. “PETA looks forward to seeing his legal case finalized as soon as possible so that he can live out the rest of his days among other members of his species.”

HELP OTHER ANIMALS IN CIRCUSES!