In a huge victory for horses—one that’s sure to get even bigger as its effects are felt throughout the racing industry—the Kentucky Horse Racing Commission has approved a plan to phase out the use of the race-day medication furosemide, also known as Lasix and Salix, in races in the bluegrass state, following pressure from PETA, The Jockey Club, and other progressive forces within the industry to ban this dangerous practice. 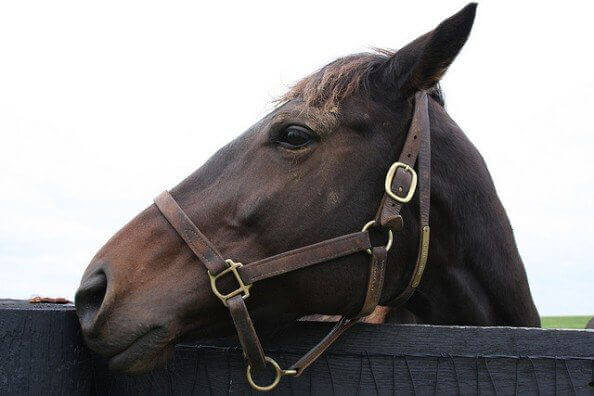 As PETA Vice President Kathy Guillermo explained when she addressed the commission in November, the prevalence of catastrophic breakdowns in horses has sparked a backlash against risky procedures such as the use of powerful performance-enhancing drugs.

Lasix, a powerful diuretic, not only causes horses to lose about 2 percent of their body weight in water (resulting in a weight advantage of roughly 20 pounds) but also increases urine production, which can mask the presence of other—often illegal—drugs by “flushing out” a horse’s system. This enables unscrupulous trainers and veterinarians to run injured horses when they should be recovering by giving them a variety of drugs to mask pain and control inflammation, leading to breakdowns.

The Tide Is Turning

Most countries ban the use of Lasix on race days because of its performance-enhancing qualities, yet more than 90 percent of thoroughbreds in the U.S. are given the drug just hours before they race. But thanks to the efforts of PETA and other advocates for horses, the tide is turning.

Join PETA in celebrating this important victory by keeping the momentum going—please contact your members of Congress and ask them to support the Interstate Horseracing Improvement Act, which will ban the use of performance-enhancing drugs and increase drug testing in all races.