After hearing from thousands of animal advocates, the owners of Atlantic City’s Steel Pier have canceled their plans to hold horse-diving shows, in which horses would be marched up a narrow ramp and out onto a platform and then forced to jump, plummeting many feet into a pool below.

We know from past horse-diving events that horses suffer bone fractures, internal organ damage, bruising, and leg, spine, and other injuries. 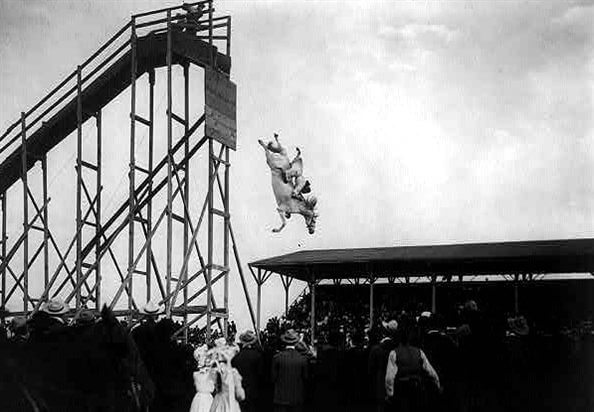 PETA wrote to Atlantic City organizers and sent out an action alert, and thousands of supporters urged everyone involved to cancel the events. Other animal protectionists organized protests and set up online petitions that garnered 50,000 signatures.

Horse-diving at the Steel Pier was stopped in 1978, but it was briefly revived in 1993. Steel Pier’s then-owner, Donald Trump, canceled it because it was cruel to animals.

We’re glad that Steel Pier Associates has followed in Trump’s compassionate footsteps and are sending them flowers and a letter of thanks for canceling the horse-diving before it started. And we want to thank the many, many kind people who spoke out in the horses’ behalf. Together, we made a big difference!