PETA U.K. supporter Fauja Singh ran into the record books on Sunday when he completed the Scotiabank Toronto Waterfront Marathon and became the oldest person ever to do so, at 100 years old. The “Turbaned Torpedo” credits his vegetarian diet, among other factors, with giving him the incredible stamina that propelled him into the Guinness World Records. This may be the best inspiration ever to get us off the couch and into some running shoes and is also living proof of why it’s never too late to incorporate healthy, plant-based foods into your diet. 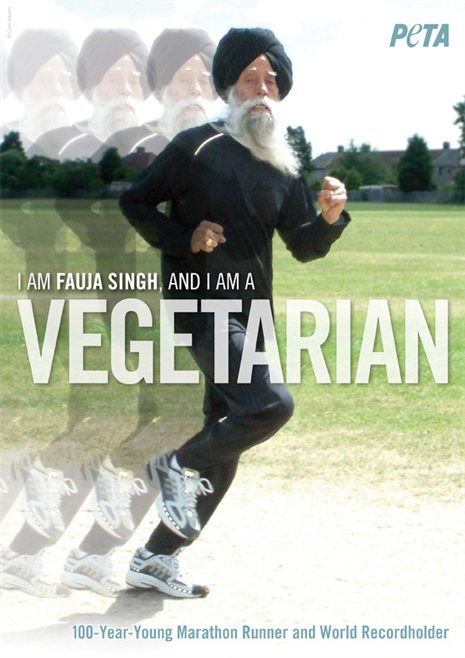 Even if you don’t plan to break any world records, a plant-based diet is a veritable fountain of youth: Vegetarians and vegans live an average of six to 10 years longer than meat-eaters do.

To follow in Singh’s footsteps, take the 30-day vegan pledge today and urge others you know—of all ages—to do the same.