Proudly wearing an “I Am a Vegan Badass” T-shirt, Patrik Baboumian (aka “Germany’s Strongest Man”) set jaws agape at the Toronto Vegetarian Food Festival on Sunday when he harnessed himself to a yoke loaded with more than 1,220 pounds—roughly the weight of a thoroughbred horse—and toted it across a stage. The feat unofficially set a new world record (Guinness can verify the record only after it receives documentation) and added to Baboumian’s growing list of world records, including for log lifts and overheard beer keg lifts (he does live in Germany, after all). 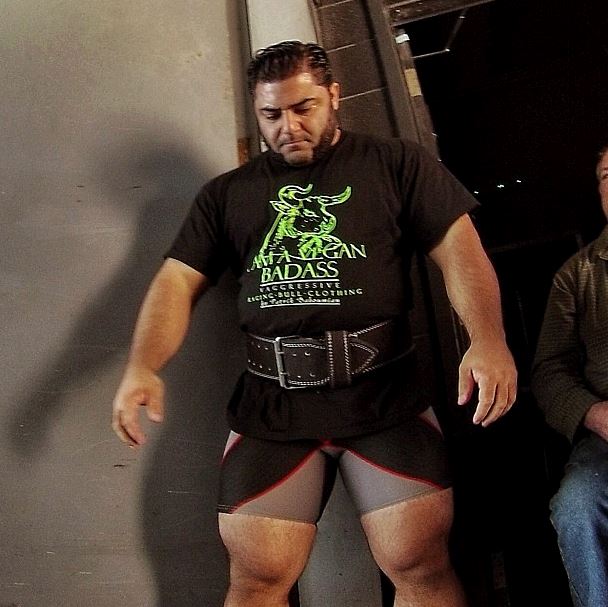 Inspired to become a weightlifter because of the violence that he witnessed as a child in his native Iran, Baboumian went vegetarian in 2006 and vegan five years later because he wanted to help stop violence against animals. “One day, I just thought, if you see a bird with a broken leg, you really have the urge to do something about it and help the bird,” he says. “Then, at the same time, you go to a restaurant and eat a chicken or something. It doesn’t make any sense.”

As for the point of his record-breaking feat, which even he admits was a little crazy, he says he did it because he wanted to inspire people and break stereotypes about meat-eating tough guys. Mission accomplished, Patrik.