Vegan meals are on the menu! We’re sending a Proggy Award (“Proggy” is for “progress”) to the U.S. Coast Guard Training Center Yorktown for going above and beyond by offering restaurant-quality vegan meals in its main dining hall. Its new vegan meal program is a big step toward promoting inclusive dining options. 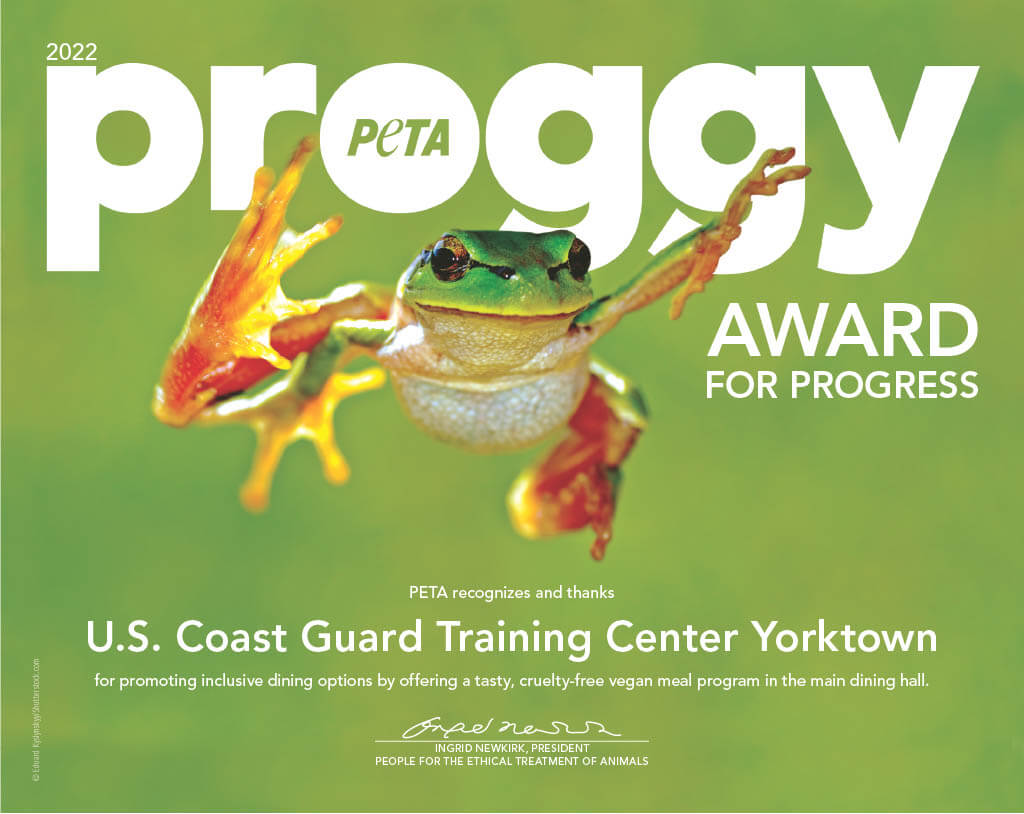 The training center’s program was initiated during the COVID-19 lockdown because vegan students couldn’t leave the base to find animal-friendly options anymore. The center reports that between 20 and 30 students are vegan—and at one point, that number was as high as 45, which was 10% of the entire base. To make sure these students were able to eat more than just peanut butter and jelly sandwiches, Second Class Petty Officer Culinary Specialist Ian Swoveland expanded the program to what it is today. 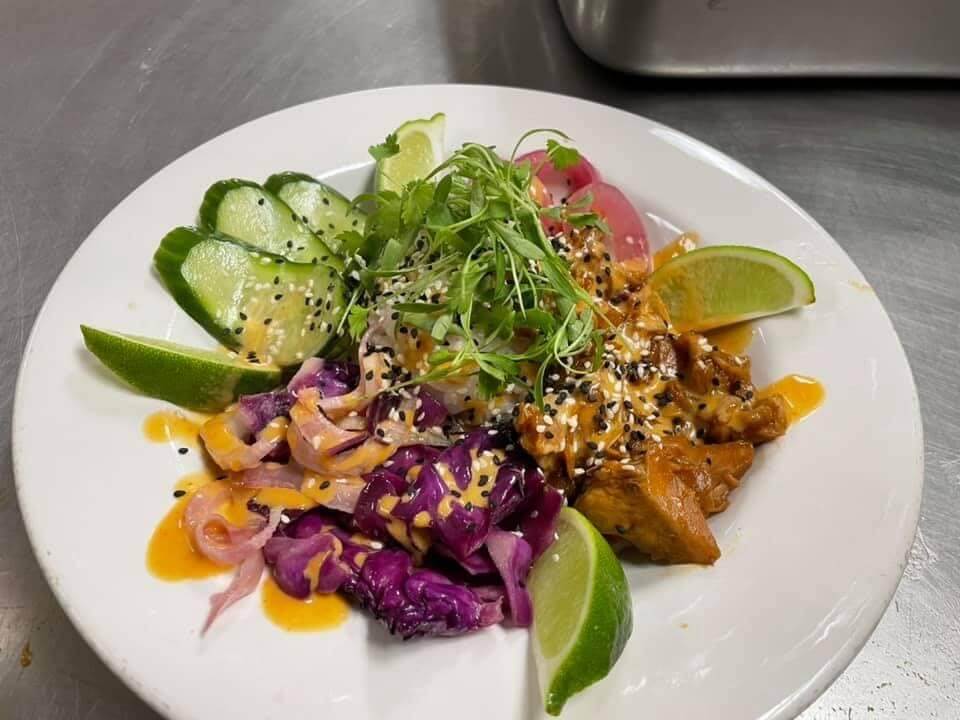 This hearty jackfruit bulgogi bowl is served with fresh-cut veggies and a Korean-inspired sauce.

Swoveland took the idea to his superiors, using it as a chance for student cooks to experiment and learn. He suggested giving them creative control for the vegan meal program—each day, a different student researches recipes and creates something new and delicious. The main dining hall feeds roughly 400 to 500 students a day, and because of the creative control that Swoveland gives students, the made-from-scratch vegan meals change daily. 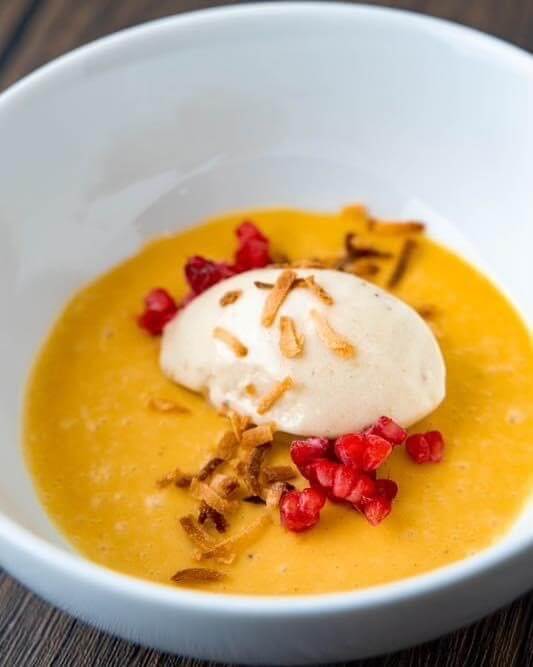 The meals always remain restaurant-quality, though. Swoveland attended the Culinary Institute of Virginia in Norfolk (also the home of PETA’s headquarters, the Sam Simon Center), and he worked in the local restaurant industry for over a decade before coming to the Yorktown training center in 2017. 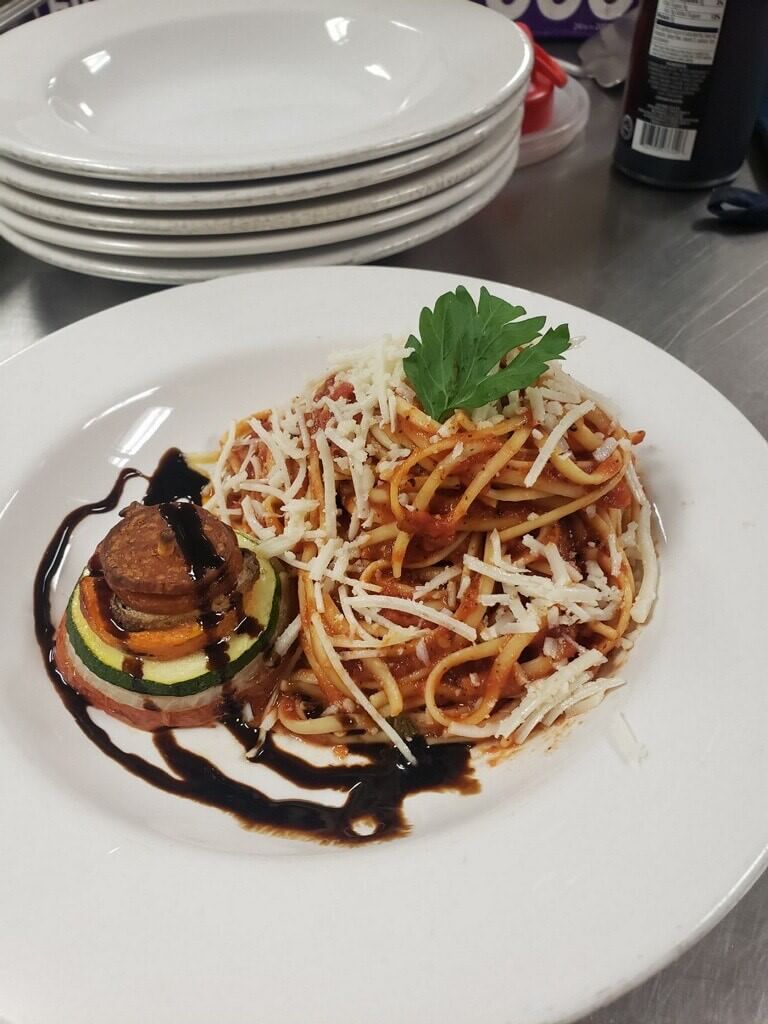 This Beyond Meat Bolognese pasta is served alongside stacked veggies and a balsamic glaze with vegan Parmesan.

Swoveland and his team of culinary specialists serve curated vegan meals for lunch and dinner, and for breakfast, students enjoy a buffet featuring vegan sausage and bacon along with assorted fruits, breads, and cereals. Anyone can choose vegan options, and sometimes, they’re so much in demand that the chefs have to scramble at the last minute to get more vegan food out!

Since Yorktown is one of the largest Coast Guard training centers in the country, the success of its vegan meal program is sure to have an impact on other locations. Many military service members are pushing for more vegan options, both in training centers and in the field. While there are accommodations for kosher, halal, and vegetarian diets, no meals ready to eat are totally vegan and only four options are vegetarian. Yorktown’s program is a step in the right direction! 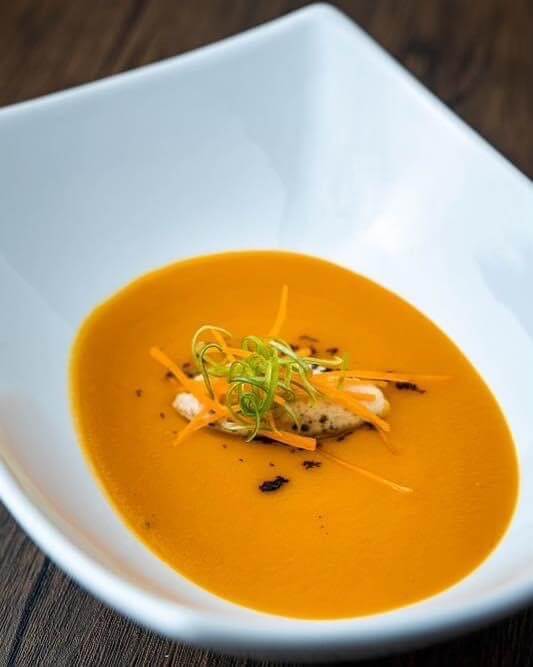