Update: A federal district court has just issued an order yet again rejecting the USDA’s attempt to get rid of a challenge—brought by PETA along with concerned local citizens and the Animal Legal Defense Fund—to its absurd decision to renew Jambbas’ Animal Welfare Act license. The government challenged the plaintiffs’ legal standing to bring the case, a challenge that the court rejected. The court also ordered the USDA to provide PETA and the court with “any … documents pertaining to Jambbas Ranch Tours, Inc. whether they be complaints, inspection reports, renewal applications or otherwise that the agency had in its possession at the time it made its license renewal decision.”

Update: We’re happy to report a favorable development in this case: A court has denied a motion by the U.S. Department of Agriculture (USDA) to dismiss the lawsuit brought against the agency by PETA, the Animal Legal Defense Fund (ALDF), and two Fayetteville-area residents seeking to overturn the USDA’s renewal of Jambbas Ranch Tours’ license to continue to operate the wretched roadside zoo that has racked up dozens of violations of the federal Animal Welfare Act (AWA). 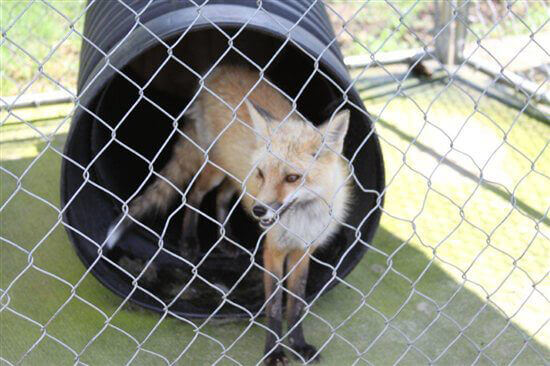 The ruling comes in the wake of the recent high-profile rescue of Ben the bear, who now resides in a spacious habitat at a sanctuary in California, thanks to the ruling in the earlier lawsuit mentioned below.

PETA’s challenge to the licenses will move forward, but the animals at Jambbas have no time to lose—please urge USDA officials to revoke Jambbas’ license immediately and offer these animals the chance to live out their lives with the kind of comfort and dignity that Ben now enjoys.

Citizens of Cumberland County, North Carolina, who are sickened by Jambbas Ranch Tours’ pervasive neglect and abuse of animals have joined PETA and the Animal Legal Defense Fund in suing the U.S. Department of Agriculture (USDA) over its renewal of Jambbas’ license despite chronic violations of the Animal Welfare Act (AWA).

The AWA allows an animal exhibitor or dealer to have his or her license renewed only if the person’s business operates in accordance with AWA regulations. But the USDA has repeatedly renewed Jambbas’ license despite the fact that every single inspection of the roadside zoo between October 2006 and January 2012 resulted in citations for AWA violations including the following:

This is the second pending lawsuit involving Jambbas Ranch. The other suit seeks to have an abused bear named Ben removed from Jambbas and relocated to a sanctuary where PETA has made arrangements for him to live. In this sad video, Ben paces in his barren cage, bites the chain-link fencing, pushes against it, and tries to reach under it—behavior a bear expert has identified as a cry for help:

In asking the USDA not to renew Jambbas’ license, PETA also pointed out several violations of the AWA that relate to Ben, including a lack of adequate space, which is likely causing his repetitive, abnormal behavior.

Jambbas is clearly not qualified to possess an AWA license. We will keep you updated as the lawsuit progresses.