Thousands of live chicks shipped to farmers via the United States Postal Service (USPS) have arrived dead in recent weeks following budget cuts to mail-delivery operations. These reports are giving many people their first glimpse into the deadly egg industry.

Vulnerable chicks go from shell to hell when they’re sent through the mail on long, terrifying journeys without food or water. Even before the current issues that the USPS is facing, one Maine farmer stated that typically, she expected between 1% and 2% of chicks to die when mailed.

Many news outlets fail to mention that death via mail service—as tragically common as it may be—is only one of the shocking ways the meat and egg industries kill baby birds. But we have some good news!

While chickens are arguably the most abused species on the planet, you have the power to help stop their suffering.

In the U.S. alone, the meat industry kills approximately 9 billion chickens for their flesh each year while farmers imprison 376 million hens for their eggs. A baby chick used by the meat or egg industry will never be allowed to have contact with his or her parents, let alone be raised by them. These chickens are deprived of the chance to take dust baths, feel the warmth of the sun on their backs, breathe fresh air, roost in trees, and build nests. 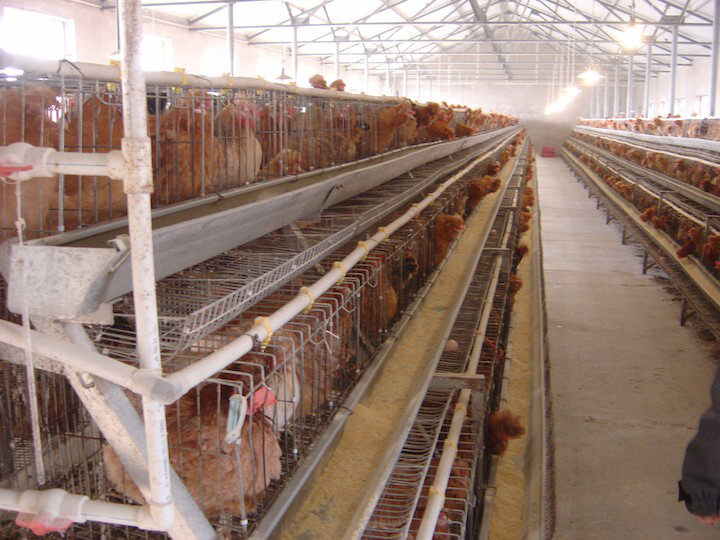 Each hen lives her entire life in a space smaller than a sheet of notebook paper. The wire mesh of the cages rubs off hens’ feathers, chafes their skin, and causes them to become crippled. They don’t have enough room to stretch out their wings or walk more than a step or two without jostling a cagemate.

Marketing terms like “cage-free”—used to trick consumers—mean absolutely nothing when it comes to a hen’s well-being. After a visit to a supplier of Nellie’s Free Range Eggs, PETA revealed that 20,000 birds were jam-packed so tightly into one shed that it was difficult to avoid stepping on them.

After roughly two years of this cruel confinement, they’re either killed on-site or sent to a slaughterhouse, where they’re hung upside down, their throats are slit (often while the animals are still conscious), and they’re bled to death.

Every year, farmers kill some 200 million day-old male chicks, typically by throwing them into a high-speed grinder or suffocating them, because they’re considered worthless.

Have you ever heard of “debeaking”?

Using a searing-hot blade and offering no pain relief, farmers cut off a portion of chicks’ beaks. This is called “debeaking,” and it’s intended to prevent the animals from pecking each other to death out of the frustration caused by their intense confinement in the egg industry.

Many birds defecate in distress during this procedure and cry out in fear and pain. Many also die of shock from the trauma, and some die of starvation because it hurts too much to eat.

Chickens deserve better than to be treated like merchandise.

Chickens are caring mothers—a hen will “talk” to her chicks in the shell before they’ve hatched to teach them to recognize her voice in a flock. Every animal has feelings and traits that make their life just as interesting as ours. 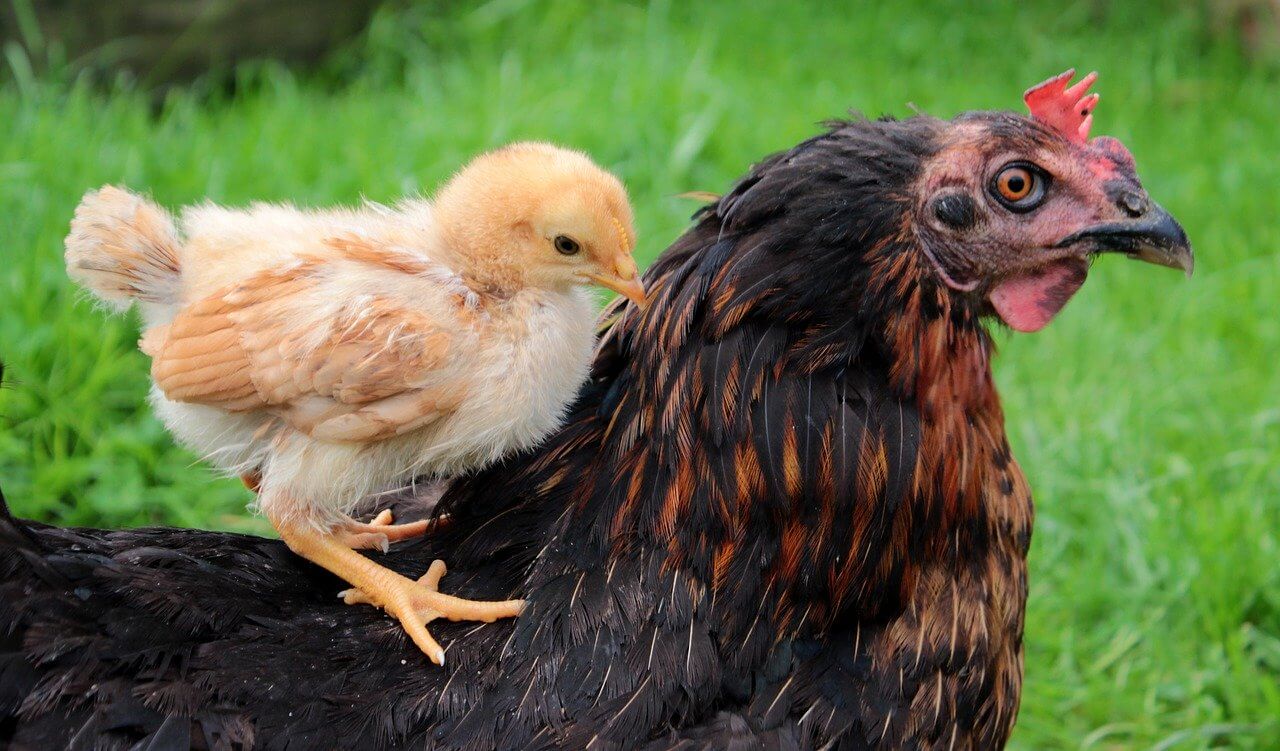 All of them are terrified when their throat is slit at a slaughterhouse. All of them suffer when kept inside cramped cages and dingy sheds.

PETA has two words for anyone disturbed by the thought of a package filled with bird bodies or countless babies being thrown into a grinder: Go vegan.

The best thing that you can do for chickens is to stop eating them and their eggs. Thankfully, eating animal-derived foods is completely unnecessary. Humans can live healthy, compassionate lives by leaving animals off their plates.

Order a free vegan starter kit from PETA. You can make a real difference and save nearly 200 animals a year—simply by not eating them!