In a complaint filed today, PETA is calling on the U.S. Department of Agriculture (USDA) to investigate the University of California–Davis and the affiliated California National Primate Research Center for numerous animal welfare violations.

Serious incidents of animal suffering in UC-Davis laboratories include the following: 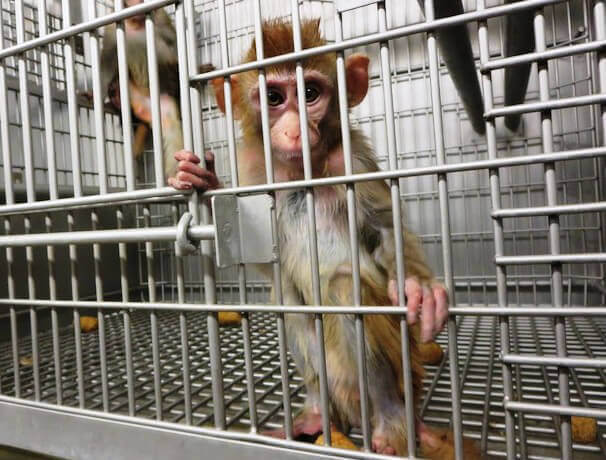 In 2020, UC-Davis locked away 3,607 primates in its facilities and experimented on 1,428 primates and 206 rabbits, according to its annual report. The USDA must hold the school accountable for its failure to do the bare minimum for the animals imprisoned in its facilities.

What You Can Do for Primates in Labs

Please take a minute to urge Congress to stop wasting tax dollars by funding pointless and cruel experiments on animals at the national primate research centers, including the one at UC-Davis.