It was late at night, and the homeowner heard a cat howling in agony. He went outside to investigate and realized that the trap that had been set by a “nuisance”-wildlife trapper for a groundhog had snared a different victim. When Paulette Dean, the executive director of southern Virginia’s Danville Area Humane Society, got the call about a cat in a trap, she naturally assumed that the animal was in a humane box trap normally used to catch feral cats, but when the animal arrived at the shelter, the staffer on duty was horrified to discover that the cat was clamped in a barbaric body-gripping Conibear trap. 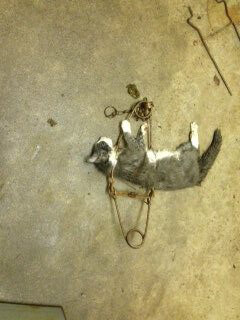 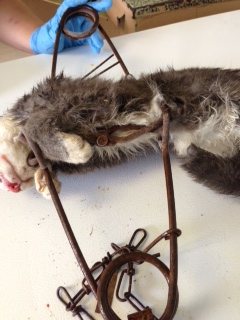 The cat’s internal organs were damaged, and there was internal bleeding. So the animal was released from pain. “There was no choice,” Dean says.

Conibear traps crush animals’ necks and bodies, applying 90 pounds of pressure per square inch. Animals caught in these traps slowly suffocate or die of internal injuries, and those caught in water-set body-gripping traps, such as muskrats and beavers, slowly drown. 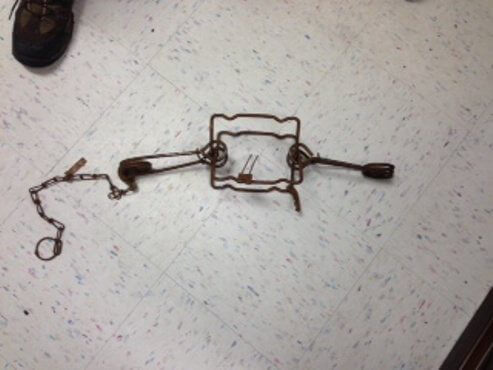 Dean says that the shelter also receives dogs who have been caught in steel-jaw traps. These traps, which clamp down on animals’ legs, cause excruciating pain as they cut into the flesh, often down to the bone. Some animals, especially mothers with babies to feed, may try to chew off their limbs in an attempt to escape.  Dean wants to see both types of cruel traps banned in Danville.

“We believe that no trap except a live-capture or humane trap should be used within the city limits,” she told the local newspaper. “The steel traps, beaver traps and bear traps may be legal, but they are not humane and place humans and companion animals at risk. We are also concerned about the suffering the traps cause wild animals.”

Cruel steel traps are just one of the many dangers faced by stray, feral, and free-roaming cats. Keep your cat safe indoors, and urge everyone you know to do the same. Catch strays in humane box traps and take them to an animal shelter, where they will be safe until they can be adopted or claimed by their guardians. If you are having conflicts with wildlife, visit our wildlife page for humane solutions.