A troupe of topless female PETA supporters with “Milk Is for Babies—Dump Dairy” written on their chests gathered outside the B.C. Dairy Industry Conference in Vancouver on Wednesday. They pointed out that, just like humans, cows produce milk only to feed their babies and that farmers forcibly impregnate cows over and over again on what the industry calls a “rape rack.” Newborn calves are torn from their mothers within 24 hours, and the males are sold for meat while the females are condemned to endure the same vicious cycle as their mothers until they’re killed at around 5 years of age. 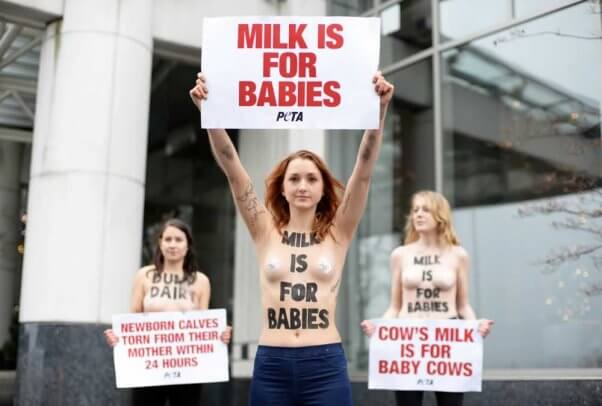 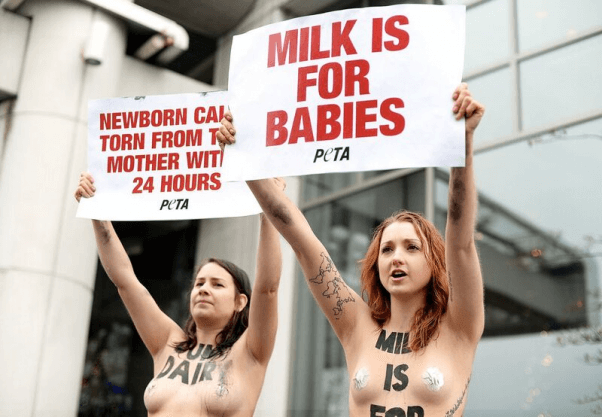 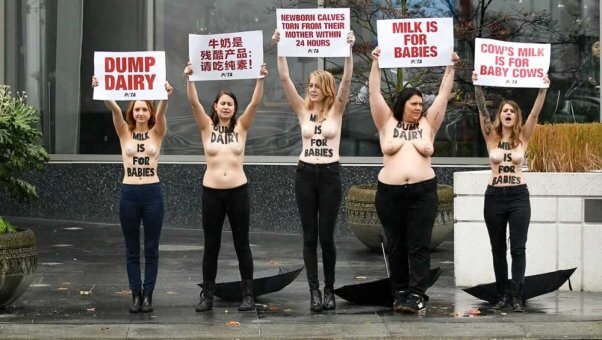 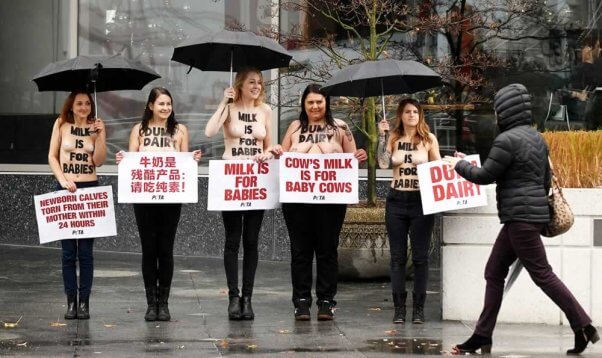 “Every carton of milk contains a hidden ingredient—and that’s a lifetime of deprivation and suffering for mother cows and the calves who are stolen from them,” says PETA Executive Vice President Tracy Reiman. “PETA is calling on anyone who values the special relationship between a mother and her baby—no matter the species—to dump dairy “products” and switch to healthy and delicious plant-based milks, yogurts, and cheeses.”

Mother cows have been heard calling for their stolen calves for days. The calves’ sensitive horn buds are burned off with hot irons or caustic paste, and female cows develop painful sores from spending their lives standing on concrete floors while they’re milked two or three times a day for 305 days a year.

I want to take the pledge!