PETA celebrated President Barack Obama’s new protections for captive tigers today by sending a few of our own big cats to host a dance party outside the White House. 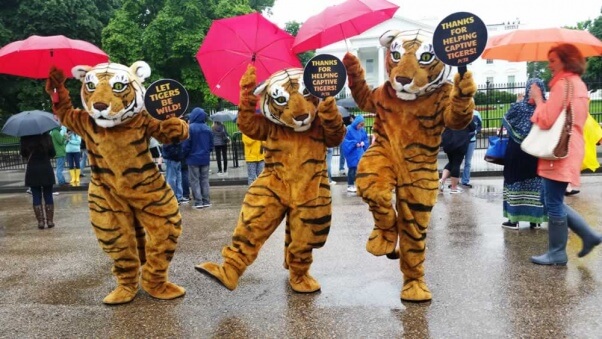 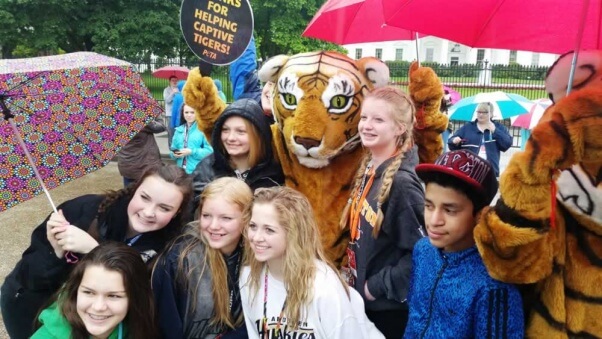 The U.S. just adopted a new regulation that closes a loophole in the Endangered Species Act, ensuring for the first time in nearly two decades that “generic” tigers held in captivity get the same protection as “purebred” tigers.

The tightened regulations require anyone selling any tigers, including those of mixed subspecies, across state lines to obtain a permit or register under a federal wildlife registration program. It will likely deter animal abusers from haphazardly breeding tiger cubs and selling them across state lines for use as exotic “pets,” photo opportunities, and seedy sideshows, as they do now.

In addition to cracking down on the domestic captive-tiger trade, the new regulations make it harder for captive-bred tigers to filter into and fuel the black market that threatens wild tigers overseas. PETA has long called on the government to slam this loophole shut, and today’s victory is a win for tigers!