A tiger in Houston was recently filmed wandering through a residential neighborhood. The animal was seen roaming on someone’s lawn before crossing the street, frightening residents, and generally causing a stir. If you take a closer look, you can see that the tiger was wearing a collar, leading us to believe that the scariest part of this story is probably the animal’s background.

Big cats bred and exploited by private owners are denied opportunities to fulfill their most basic needs. In nature, they often have home ranges of hundreds of miles in which to roam, swim, climb, choose their mates, and raise their young—but when acquired as “pets,” cubs are torn away from their mothers when they’re just hours, days, or weeks old. Tigers aren’t animal companions. They’re unpredictable predatory animals who shouldn’t be forced to live in someone’s home. 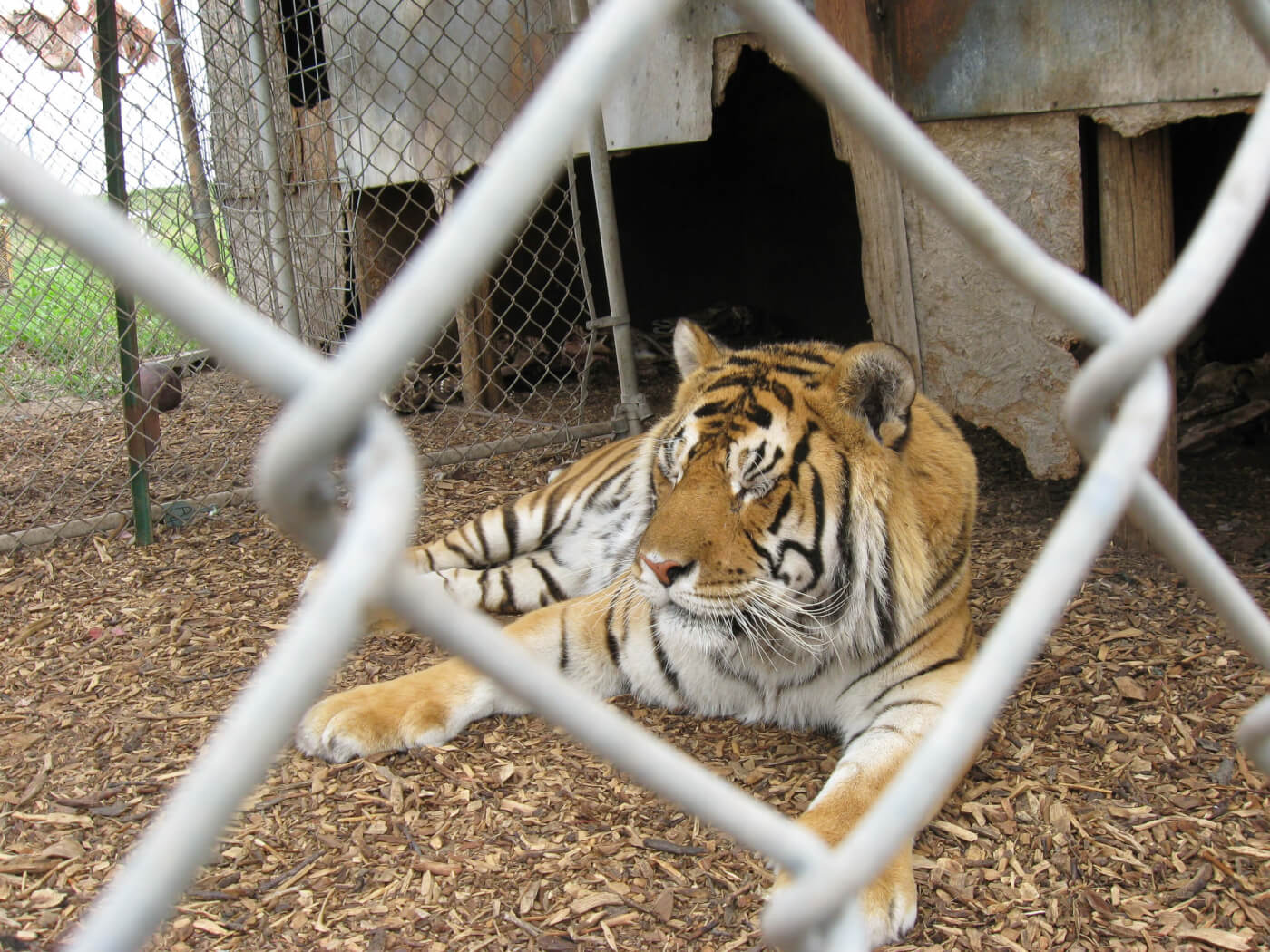 What Happened to the Tiger in Houston?

In one of the videos, the tiger in Houston is seen at the business end of a gun—wielded by a man who was later identified as an off-duty sheriff’s deputy. The deputy says that he only pointed his weapon at the animal for safety, and the tiger was apparently put in a vehicle and taken away before police arrived. But what if the animal had become aggressive? The tiger wouldn’t have been at fault but might well have been killed.

Big-cat breeding is a bigger problem than most people probably realize. This isn’t even the first time that a tiger was spotted in a residential neighborhood in Houston. In 2019, one was found in an abandoned house. The animal was eventually relocated to an accredited sanctuary in Texas.

Take Action for Tigers and Other Big Cats

Never visit any exotic-animal “attraction,” participate in a cub photo op, or pay to interact with exotic or wild animals. Let your friends and family know that buying tickets to such activities perpetuates cruelty. 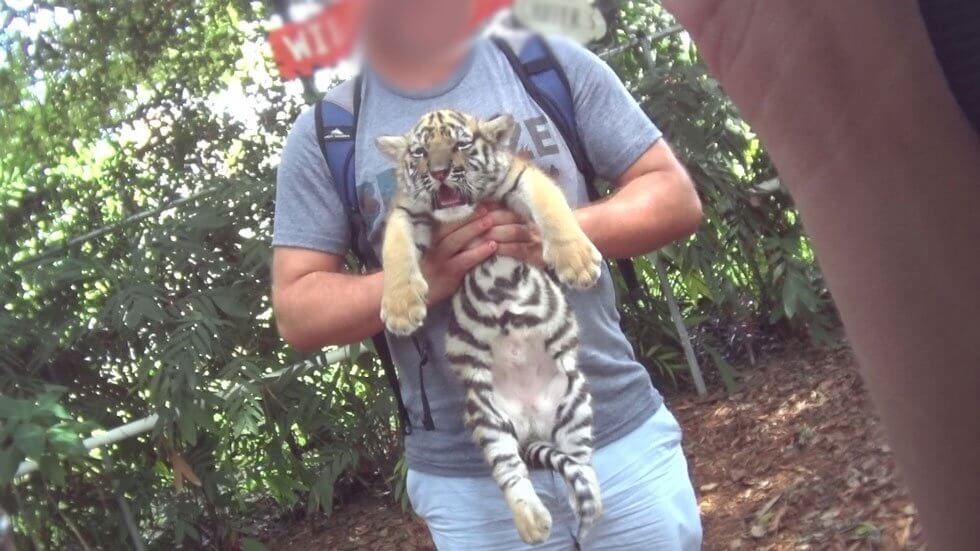 This close call shows why every American should support the Big Cat Public Safety Act. Until law enforcement cracks down on people who breed big cats, keep them in shoddy backyard cages, and sell photo ops with them, a loose tiger could be around any corner—and injuries and deaths could easily follow. PETA urges Texas authorities to crack down on the state’s underground big-cat trade, track down this tiger, and transfer the animal to an accredited sanctuary immediately.