It’s that time of year, when we gather inside cozy homes with the ones we love, but Jason has never had a cozy home—and no family to curl up next to, either. When we found him, he didn’t even have a proper doghouse—just a filthy crate with an old tarp draped over it that let the wind and rain blow right in. His coat was caked with mud, feces, and urine, which left him reeking, even though he was just a puppy. 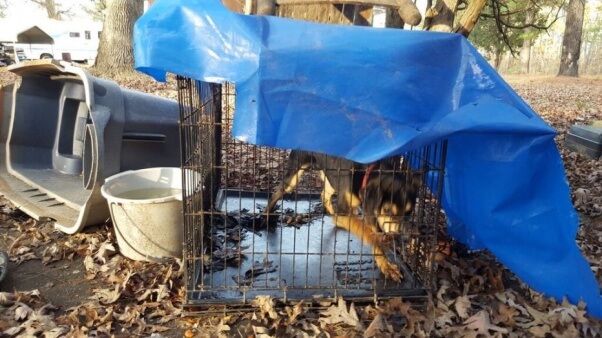 This is no way to spend the holidays—or any days.

PETA’s volunteers spotted Jason in a disgusting crate while they were out delivering straw to dogs forced to live outdoors. After talking to his owner, they learned that she had found him as a stray some time ago and was in no financial shape to care for him, so she gladly surrendered him to PETA. After a much-needed bath, the friendly pup was smelling as sweet as his personality, and he was transferred to the Virginia Beach SPCA, where he will be put up for adoption. 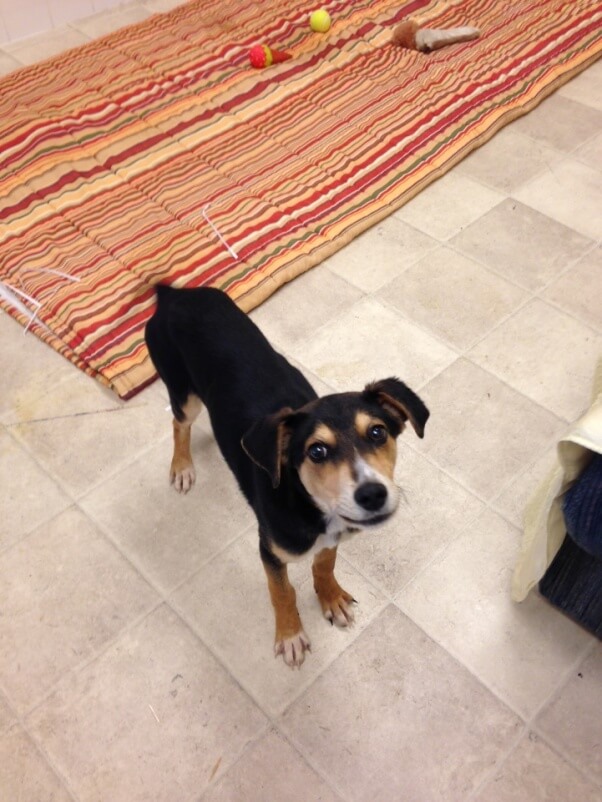 He definitely has a tail, but it’s wagging so gleefully that you can hardly see it.

Help make the holidays (and all days) happier for dogs like Jason by keeping an eye on the ones in your neighborhood and encouraging people who keep their dogs chained or penned outside to let them live indoors with the rest of the family. If you see animals being deprived of proper food, water, or shelter, notify local authorities immediately. If they are unresponsive, contact PETA.