Every year around Thanksgiving, the U.S. president and other government officials “pardon” a turkey otherwise bound for a horrific death. But for what? Turkeys didn’t do anything that requires pardoning, and if anything, turkey-eating humans are the ones who should be begging forgiveness—for imprisoning the intelligent, gentle birds on factory farms where they’ll be tormented, only to live for 14-18 horrible weeks before being killed. More than 45 million turkeys are murdered each year for Thanksgiving alone—their deaths are gruesome and often occur while they’re still conscious.

That’s why this year, longtime animal champion Courtney Stodden is partnering with PETA to flip the script. If you pledge to celebrate “ThanksVegan”—that is, pledge not to eat turkeys or other animals on Thanksgiving—Courtney will issue you a unique digital certificate, forgiving you for your past turkey-eating crimes! That’s a pretty good deal for you and for the turkeys you choose not to kill: Your conscience will be clear, and they’ll be spared a life of agony, imprisoned on a filthy factory farm. 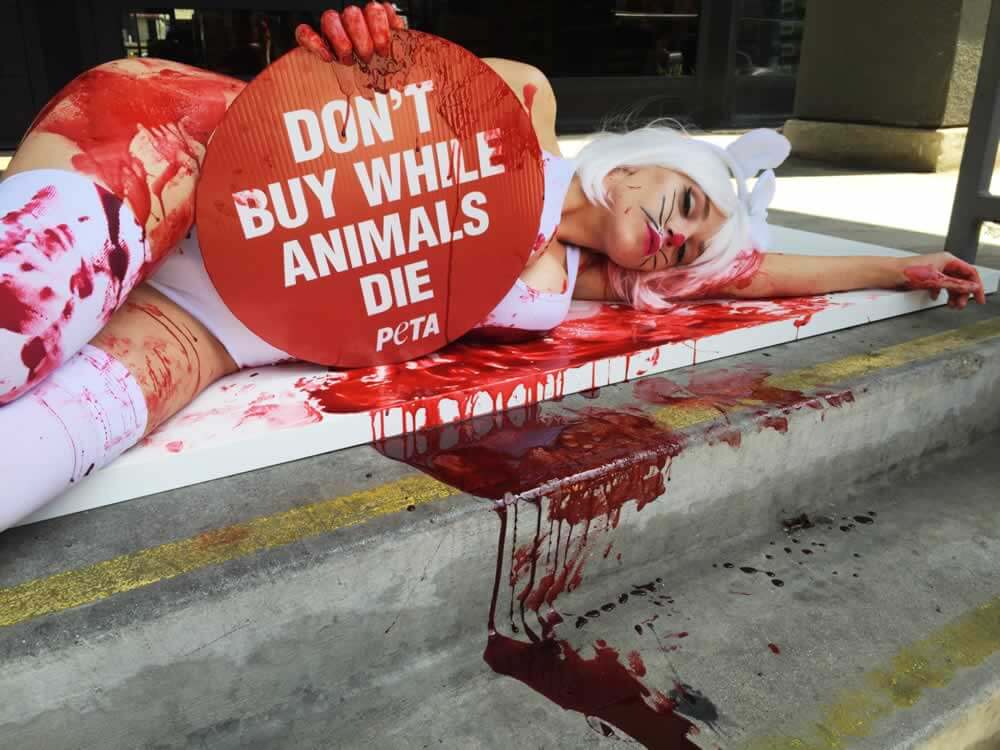 Courtney Stodden making a statement with PETA against pet stores in 2016.

Animals Go Through Hell for Thanksgiving

This part of our nationwide campaign urging people to celebrate ThanksVegan follows the news that former workers at Plainville Farms, a self-described “humane” turkey supplier, were recently charged with more than 100 counts of cruelty to animals after a PETA investigation.

Turkeys Stomped on, Punched, and Left to Die at ‘Humane’ Farms Supplying Top Grocers from Official PETA on Vimeo.

The horrors at Plainville Farms make it clear that no meat is “humane”—even if you pay premiums at the grocery store, you’re still eating someone’s flesh. Take the ThanksVegan pledge to make a difference in animals’ lives this holiday. When you get your official pardon certificate, show it to your family and friends and encourage them to take the pledge, too!

If you need any inspiration, check out our ThanksVegan guide packed with recipes, cooking tips, and lists of the best hearty meat-free roasts.

This ThanksVegan, I’m leaving animals off my plate.

This year, I won’t be eating turkeys or other animals at my holiday feast. Instead, I’ll be celebrating ThanksVegan in honor of turkeys and other animals, who should never be treated as food.