Update: Victory! After hearing from PETA’s attorney, Texas A&M University’s (TAMU) campus police have been forced to rescind their trespass warning that banned PETA staffer Matt Bruce from campus for two years. The school’s attorney admitted that PETA has a “slam dunk case” against it for violating Bruce’s First Amendment right to free speech.

“Detaining Matt Bruce without probable cause and blocking him from protesting the cruel dog laboratory was a clear violation of his constitutional right to free speech,” says Jeff Kerr, PETA’s senior vice president and general counsel. “By revoking the ban, Texas A&M has shown that it’s capable of righting a wrong, and PETA is calling on the university to do so again by ending its horrifying canine muscular dystrophy tests.”

Bruce and the rest of PETA’s staff and supporters will continue holding protests at TAMU until it shuts down its abusive and deadly dog laboratory.

The following was originally published on October 18, 2018:

Today, PETA’s attorney sent a letter on behalf of PETA campaigner Matt Bruce demanding that Texas A&M University (TAMU) rescind the two-year ban it issued against him for chalking a message on a public sidewalk.

On August 27, 2018, PETA staffer Bruce and a student activist used water-soluble chalk to write “Shut the Dog Lab Down Now” outside a TAMU library as part of PETA’s campaign against the TAMU laboratory where dogs are deliberately bred to suffer from muscular dystrophy. Although the university has designated sidewalks a “traditional public forum,” with full First Amendment protections, eight TAMU police officers detained Bruce for an hour and issued a “criminal trespass warning” banning him from school property for two years. Although other chalk messages outside the library were left undisturbed, his was removed within an hour after the police arrived. 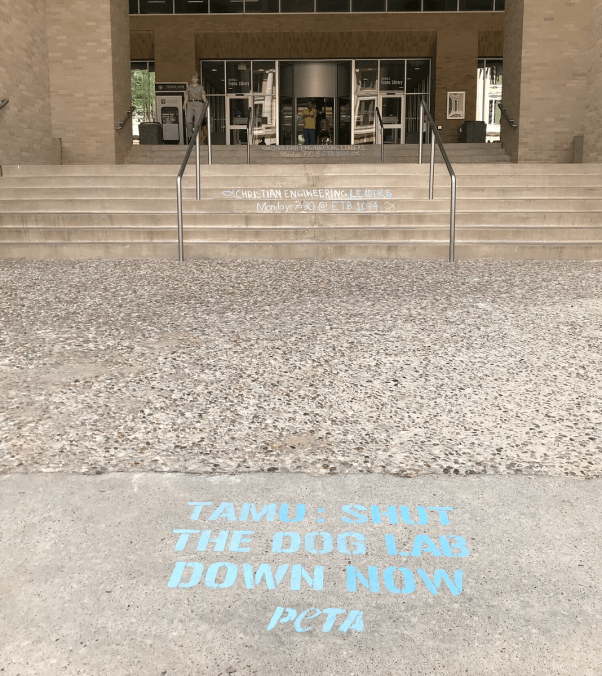 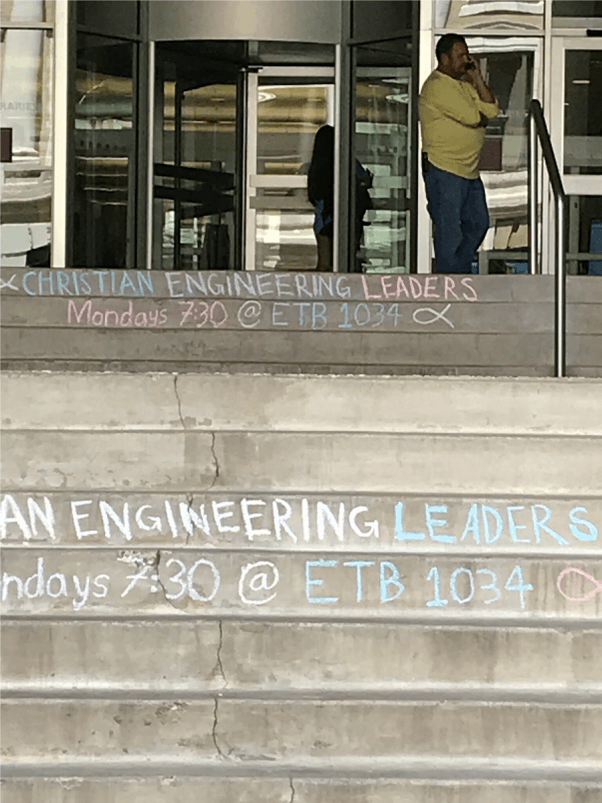 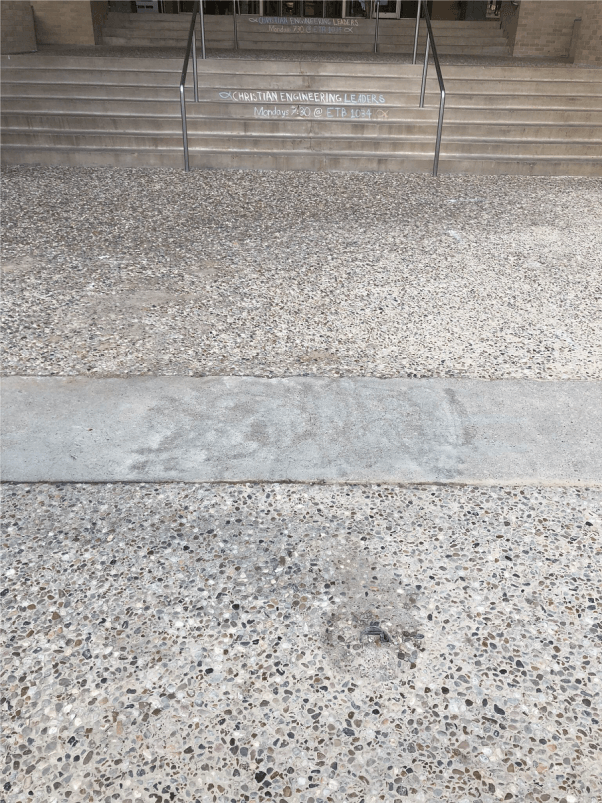 “By arresting Matt Bruce without probable cause and preventing him from speaking out against its cruel dog laboratory, Texas A&M has violated his constitutional rights,” says Jeff Kerr, general counsel to PETA. “If the school won’t revoke this unlawful trespass warning, PETA is prepared to take all appropriate legal actions to protect Mr. Bruce’s First Amendment rights.”

Since releasing video footage showing dogs in TAMU’s laboratories struggling to walk, swallow, and even breathe, PETA has taken several legal actions against the school. In May, the group filed a suit challenging its censorship of free speech through the use of a filter on its official Facebook page that automatically deletes visitor posts and comments if they contain words such as “PETA,” “cruelty,” and “lab.” On June 28, PETA filed a suit to compel the university to disclose public records related to the rumored closure of the dog laboratory, and on August 8, the group filed a suit to require that the school disclose records that document breeding and the births of puppies for use in experiments in the laboratory.

TAMU’s censorship of PETA’s message, lies about its dog laboratory, its continual failure to furnish documents as required by state law, and now, its bullying of animal advocates will not deter PETA from exposing the school’s hideous, abusive dog laboratory and working to shut it down. Tell the university that you won’t be silent, either, until it stops tormenting dogs.