Tuberculosis (TB) is near epidemic levels among captive elephants. An estimated 18 percent of Asian elephants in the U.S. harbor the disease—including some of the elephants who have been carted around the country by Ringling Bros. and Barnum & Bailey Circus—and it can easily spread to humans, even without direct contact. Because elephants can carry and shed the pathogen that causes TB without showing any overt signs of being sick, early detection and prevention measures are imperative. 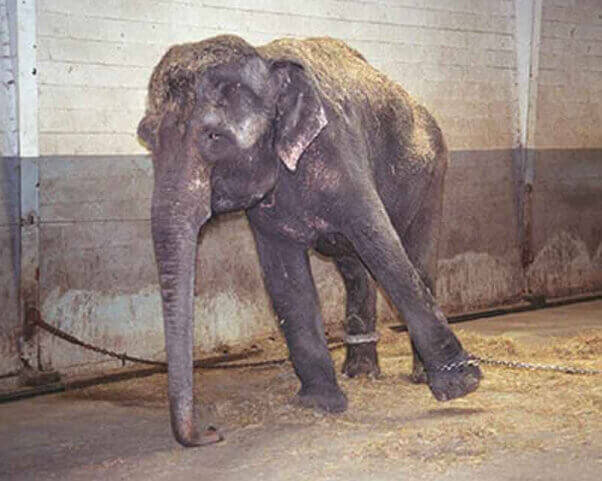 Yet inexplicably, the U.S. Department of Agriculture (USDA) has decided to eliminate any requirement that zoos and circuses test and treat elephants for TB, despite overwhelming evidence that federal oversight is necessary.

The agency claims, “We believe our efforts will continue to enable us to detect and stop the spread of TB in elephants.” That’s nothing short of mind-boggling, considering that the USDA is no longer requiring circuses and zoos to follow any standard on TB testing, treatment, or control. We’re taking the USDA to task by demanding to know how it plans to protect elephants and people from this potentially deadly disease, and have sued the Centers for Disease Control and Prevention for withholding records related to the prevalence of tuberculosis in captive elephants.

Ask the USDA to reverse its decision to abandon TB testing and treatment protocols.