Experimenter Tania Roth seems to be feeling the pressure from PETA and other animal advocates over her abusive experiments on gentle rats. She has published a paper in which she attempts to defend her “work,” but her arguments are feeble at best.

Roth makes a living tormenting rats in her laboratory at the University of Delaware. The experiments that she devised are designed to cause the animals stress in extremely cruel and painful ways. Some of her “work” involves confining pregnant rats to tight tubes and bombarding them with strobe lights and noise, tearing newborn rats away from their mothers and giving them to foster mothers who abuse them, injecting baby rats with experimental drugs, exposing rats to predator odors and manipulating their hormone levels to make them even more fearful, and force-feeding baby rats alcohol by shoving tubes down their throats. 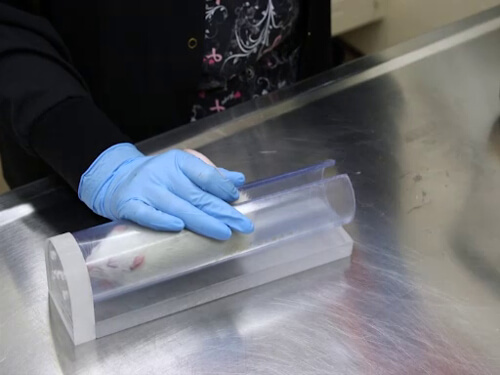 The image above, taken from an article on rodent handling and restraint techniques written by University of Notre Dame staff, depicts a restraint tube similar to the ones used by Roth in her experiment.

Roth is trying to defend these disturbing experiments by saying that they will teach us about child abuse in humans (even though they have failed to do so for the past 18 years). But experts refute the validity of her research. Here are five glaring problems with her claims.

1. One of Roth’s justifications is that humans have a 2,000-year history of using animals in experiments, as if this abhorrent history is something to be proud of. She fails to mention that 95% of drugs that test safe and effective in animals fail in human trials because of vast biological differences between species. Many advanced, high-tech, non-animal research methods are much more relevant to human health. 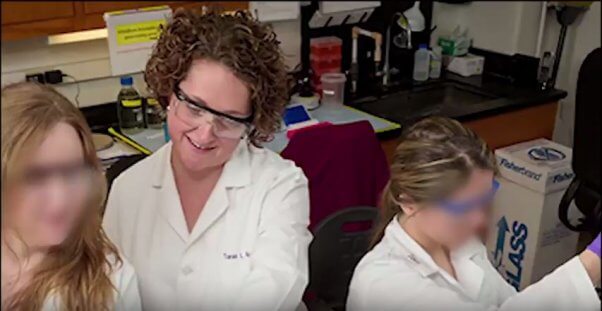 2. Roth justifies using rats—intelligent, sensitive animals who experience fear, pain, joy, and other emotions just as humans do—by saying that we share “almost all protein coding DNA with rodents, especially rats.” The problem with her statement is that humans share DNA coding with many mammals and even some insects. For example, humans share 80% of our genome with cattle, 96% with chimpanzees, and 75% with fruit flies. That doesn’t make experimental results applicable. For example, penicillin kills guinea pigs. Aspirin kills cats and causes birth defects in rats, mice, guinea pigs, dogs, and monkeys. And morphine, a depressant in humans, can stimulate goats, cats, and horses.

3. Roth says that newborn rats are the same as human fetuses in their third trimester and that’s why she conducts experiments on them. But any reasonable person would understand that the experiences of a human fetus in the womb are vastly different from those of a baby rat in a nest. 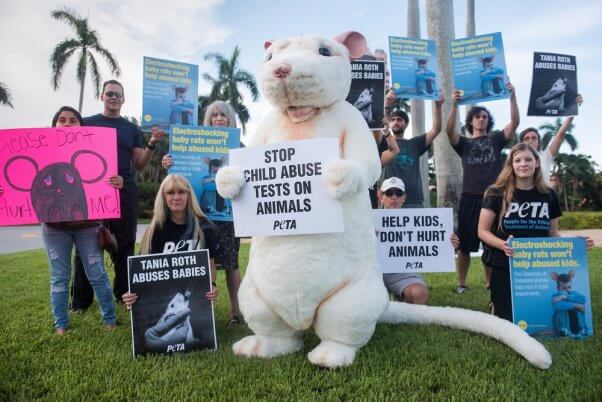 4. When Roth says rats are best suited for her experiments, what she really means is that they are cheap and disposable. She has repeatedly shown a lack of regard for sentient life and no qualms about killing large numbers of rats. When her lab became contaminated with smoke from a fire, she had all 75 rats living in it killed just because she could no longer use them.

5. Roth admits that abused children face a variety of aversive conditions that experiments on rats and mice cannot possibly replicate. Despite this, she wants to perform future experiments that incorporate even more and varied forms of abuse. If Roth really cares about abused children, why doesn’t she design experiments that are human-relevant with the potential for real solutions to the problem of child abuse? The answer is simple: She keeps getting paid to torture rats instead.

In 18 years, Tania Roth has wasted nearly $2 million in taxpayer money. It’s time for her pointless, abusive experiments to end. Help us call on the National Institute of Child Health and Human Development to pull her funding today.