You’d never guess it from the big smile on her face, but Missy endured a life of loneliness and deprivation for the past 10 years that almost killed her.

Ever since she was a puppy, Missy lived in a junk-strewn pen with only a discarded Teenage Mutant Ninja Turtle toy for “company.” 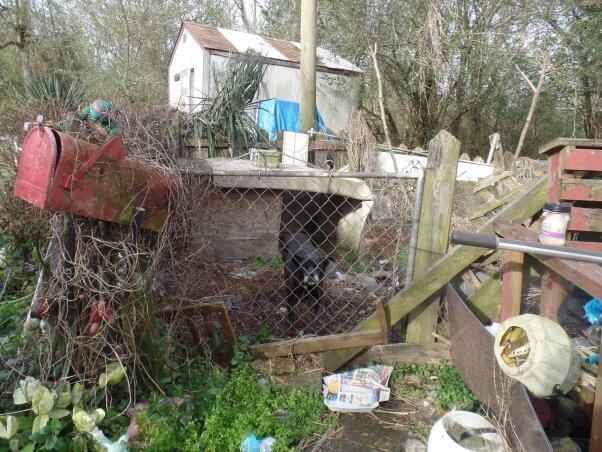 Through summer heatwaves, thunderstorms, hurricanes, and even snowstorms, she was out there all alone, huddling in her wooden doghouse. 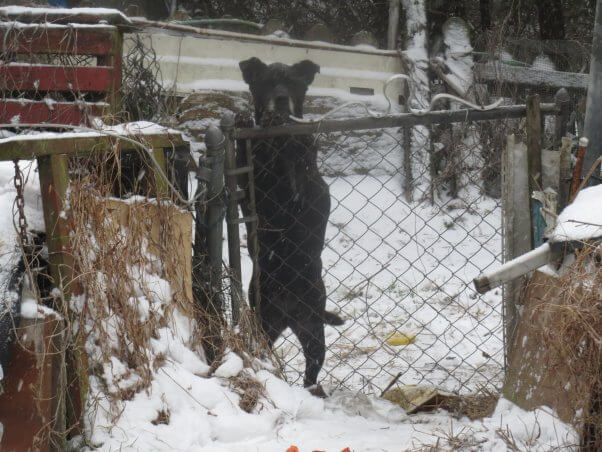 PETA fieldworkers visited Missy frequently over the past decade, bringing her straw bedding, flea treatment, and other supplies. They developed a special bond with the spunky chow-Lab mix, who was always thrilled to see them—and to get her obligatory tummy rub. 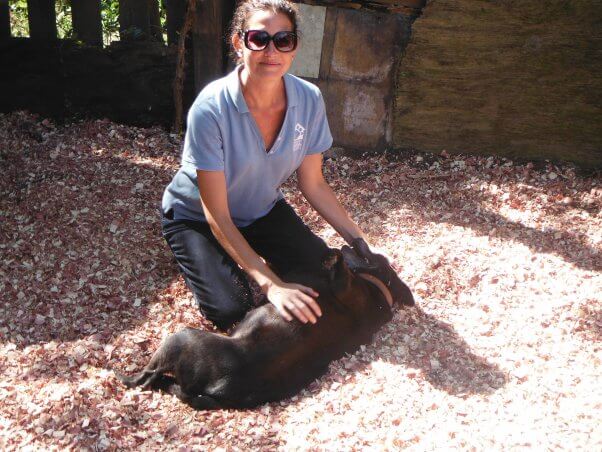 Missy’s indigent guardian did the best she could, making sure that Missy had food and water, which is more than many “backyard dogs” get. 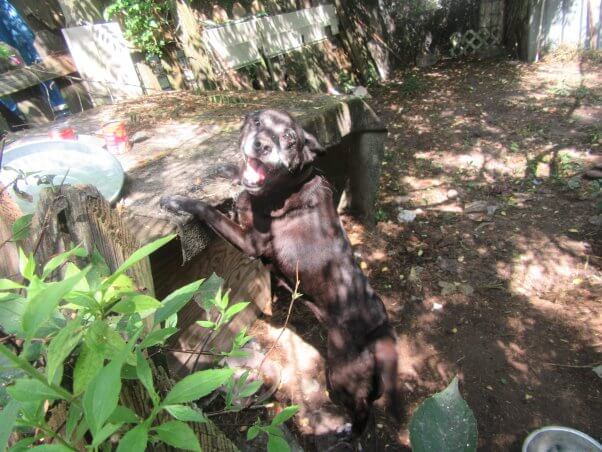 But she couldn’t afford even basic veterinary care, and it took a toll. On their last visit, PETA fieldworkers noticed that Missy was losing weight and had the bloating and raspy cough that’s often a telltale sign of heartworm disease. 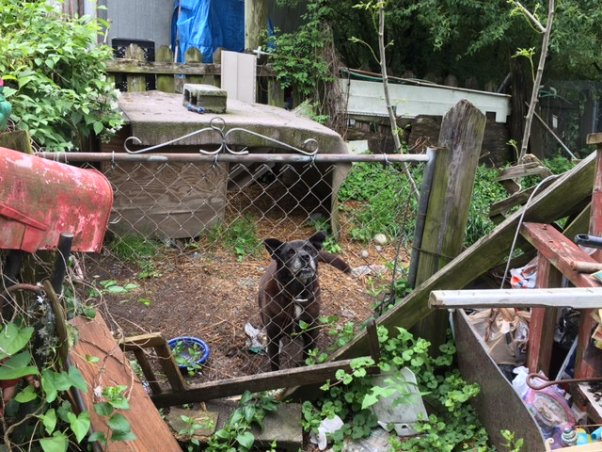 Missy’s guardian realized that it was time to let her go. If the ailing dog was to have any chance of surviving, she needed immediate medical treatment, which her guardian was unable to provide. 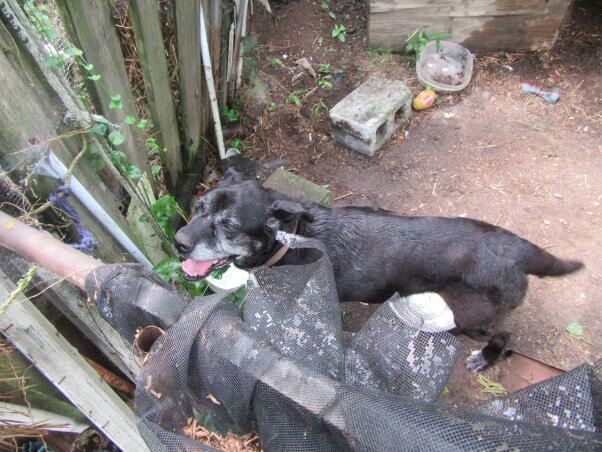 This is Missy now. 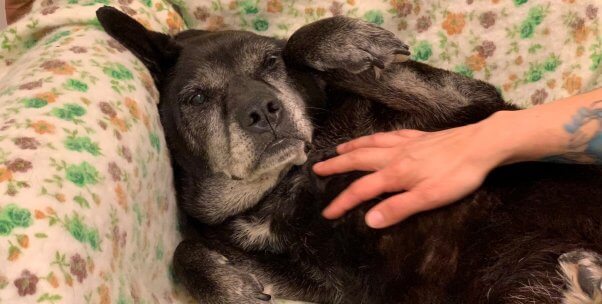 After starting on long-overdue treatment for her heartworm disease, she’s feeling spunkier than ever. She thinks rolling in the grass, sleeping on her very own armchair, getting tummy rubs every hour (sometimes more often than that, if we’re being totally honest), and having a new sloth bear toy best friend (sorry, Donatello) is pretty darned cool. 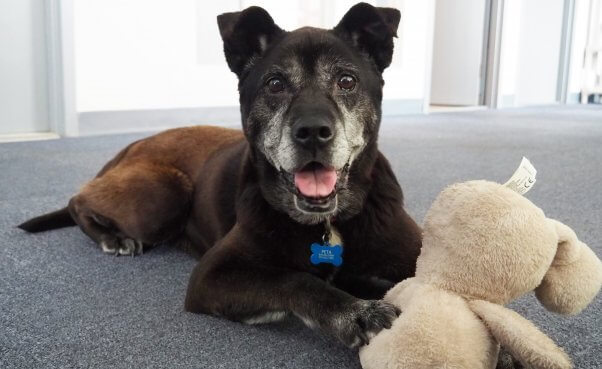 “She is a beautiful soul who deserves to be treated like royalty,” says the fieldworker who rescued her. We agree! If you have a vacancy in your castle for a newly crowned princess, leave a calling card at [email protected] to find out more about her majesty. 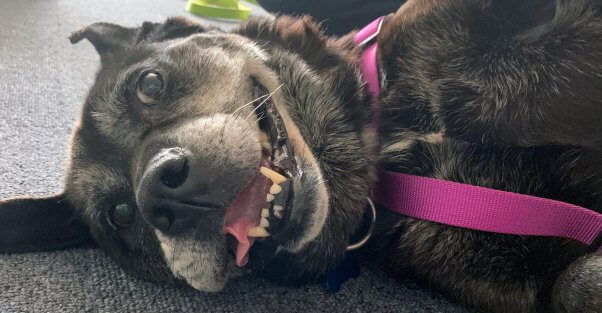 Learn More About Missy And Other Adoptable Animals