One of PETA’s Community Animal Project fieldworkers was able to gain custody of this adorable poodle, who had been chained 24 hours a day for at least two years to a dilapidated doghouse in muddy, junk-strewn rural North Carolina yard: 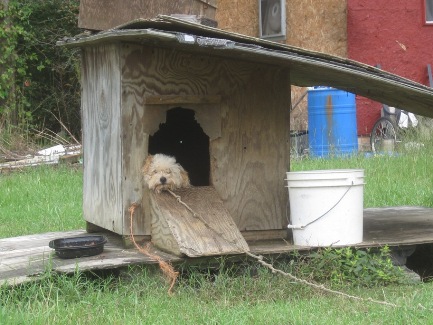 Prince was a filthy, matted mess when we found him, but he cleaned up nicely after our fieldworker bathed and groomed him. Luckily, Prince is small and young and doesn’t shed, so after just a couple of days, PETA was able to find him a loving home with a family who had first called when PETA evacuated dogs during the Gulf oil spill. Here’s Prince (post-neutering!) modeling a handsome new sweater: 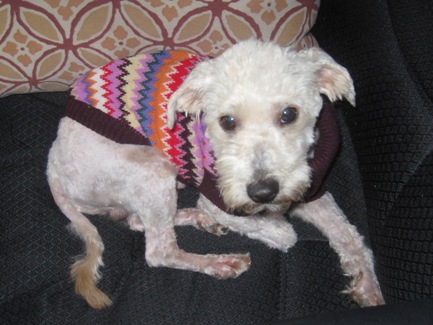 A West Virginia resident was at her wits’ end when she called PETA about a dog who had been chained in a neighbor’s yard for a year. The dog was so ignored and neglected that his owners hadn’t even named him. 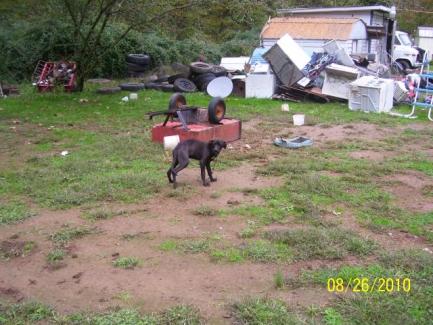 PETA convinced the local sheriff to enforce cruelty-to-animals laws that require that animals at the very least be provided with adequate shelter. Rather than face charges, the dog’s owners agreed to turn this sweet dog over. 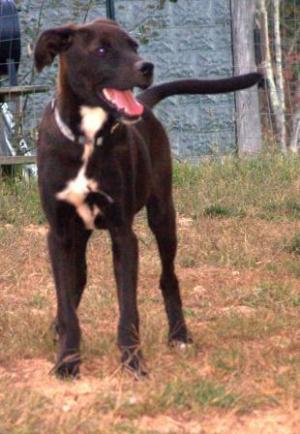 Forty-eight hours later, the dog had been neutered, placed in a home, and, last but not least, named. This happy guy now answers to “Cal.” Here’s to Prince and Cal and their loving new homes!