Dashing across eight busy lanes of traffic and balancing on a ledge 30 feet up in the air is an act that even a stunt-person would be reluctant to tackle. But a little Chihuahua named Lex performed both Superman-style feats before being rescued by a PETA staffer.

We received a call that a dog had somehow managed to make his way up an emergency access ramp and was trapped on a ledge of The Scope, an entertainment venue in Norfolk, Virginia. When PETA staffer Misty Collins arrived, the little guy was too terrified to move. Scope employees lifted Misty over the safety railing, and she inched down the ledge toward Lex until she was close enough to scoop him up and get him back to safety. 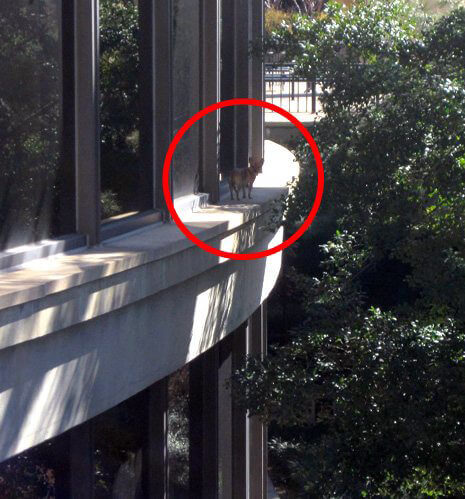 Back at the PETA office, Lex’s tough day got better with treats and petting. When we called animal control to file a found-dog report, his owner was already there reporting him missing.  She told us that she was moving that day and had left Lex with a sitter at the apartment building across the busy road from where he was found. The little escape artist somehow got out, and the rest is history. Both Lex (no relation to Lex Luthor) and his guardian were happy to be reunited and headed to Metropolis home. 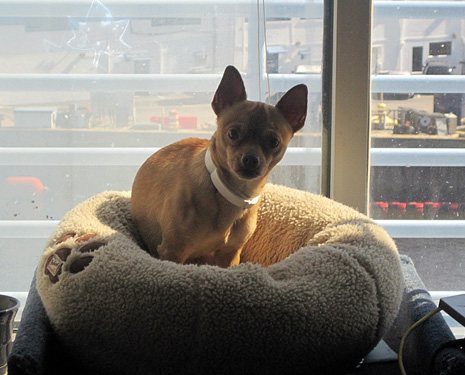