Being the wild youth that we are over at peta2, since Jack is away we thought we’d take this opportunity to, well, bum rush the blog and tell you what’s going on in our neck of the woods. And there’s a lot.

Right now we’re in the midst of a SuicideGirls blitz. More than 40 nearly nude SuicideGirls—45 to be exact—stripped down to their tats and piercings to star in a series of provocative new “Ink, Not Mink” and “I’d Rather Go Naked Than Wear Fur” anti-fur ads for peta2. The SuicideGirls for those of you not in the know, are members of a 1,500-strong all-female online pin-up community.

The ads, which are a bit risqué for some of peta2’s younger visitors, are being released throughout the month on peta2’s MySpace page where you’ll be able to read blogs from some of the SuicideGirls who took part in the campaign.

We launched the super sexy ads at a big bash at The Roxy in LA on Valentine’s Night, where there was standing room only. Nicole, who has been tirelessly working on this campaign since October, had this to say about the party, “We were thrilled to see that so many people came out to party with peta2 and the SuicideGirls to support such a great cause! And the ads turned out beautifully!”

Check out some of the pix of the event. 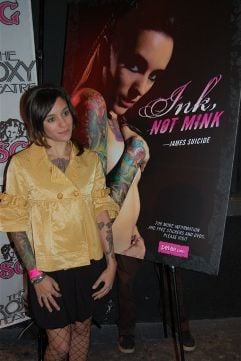 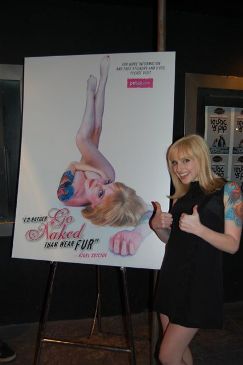 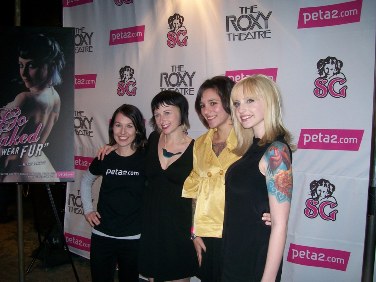 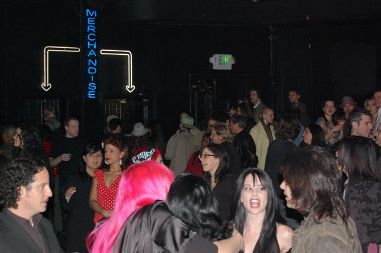