A box of tasty elephant-shaped vegan chocolates is on its way to the Stratford Square Mall in Bloomington, Illinois, as a thank-you for its recent decision to ban circuses that use animals. The choice was made after the mall—which hosted the Kelly Miller Circus last year—learned from PETA that animals used by circuses and other animal exhibitors are dragged across the country in shackles and forced to perform confusing and uncomfortable tricks for audiences. 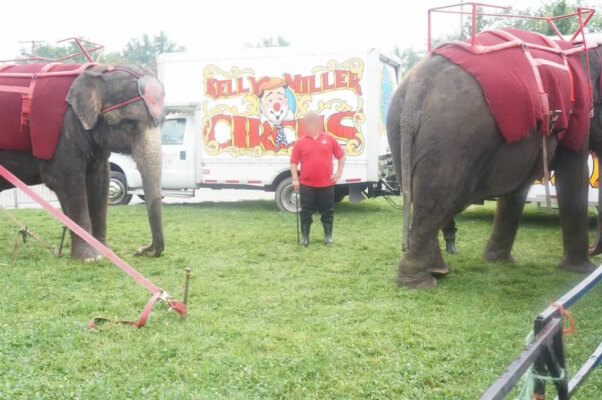 Elephants with the Kelly Miller circus and a trainer with a bullhook.

“Enthusiastic crowds are turning their backs on circuses and other businesses that force animals into a life of miserable confinement and repeated beatings,” says counsel to PETA Rachel Mathews. “PETA is urging other companies to follow in Stratford Square’s compassionate and business savvy footsteps by banning circuses that use animals.”

Animals experience extreme stress and deprivation in captivity. It’s standard practice in circuses to beat, shock, chain, and whip elephants, lions, bears, and other wild animals in order to intimidate them into performing confusing tricks.

If you’re shopping at your local mall and see that animals are being sold or displayed, go to the management office and politely voice your objections.