When pig abuser Hormel’s notorious nonfood Spam turned 75, the company decided to celebrate its saturated fat, cholesterol, and pig abuse in a tin with a party. Never ones to let an opportunity to share animals’ side of things pass us by, PETA sent brave “piggies” into Hormel territory.

As people lured by free food and music arrived, the PETA pigs were there to greet them and tell them why they should cease being Spammers. 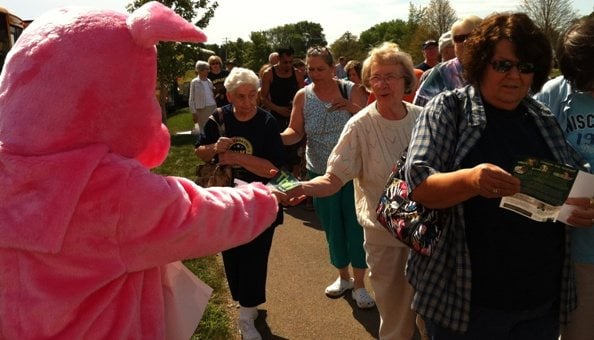 People eagerly pored over the food for thought provided by the pigs: vegetarian/vegan starter kits, Paul McCartney’s slaughterhouse exposé “Glass Walls,” and the kicker—PETA’s “Think Before You Eat” leaflets. We’re betting that at least a few folks skipped the mystery meat and headed for the crudités.

Be sure to check out our commemorative Spam T-shirt, available now. And help stop Spamming. 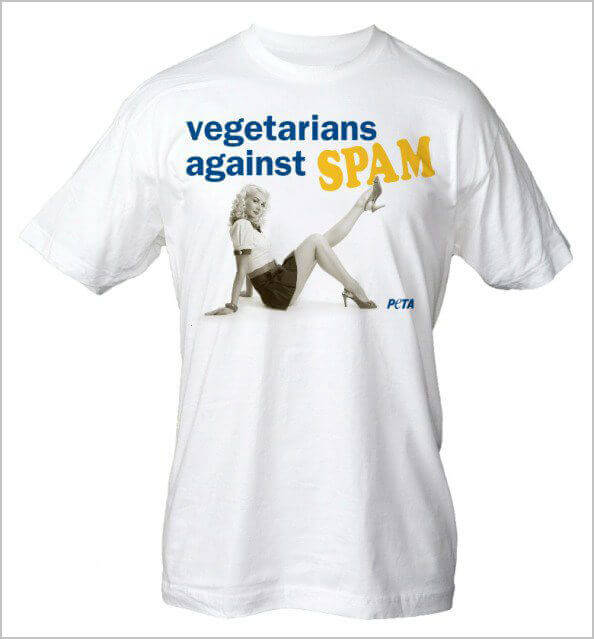 Tell Hormel to end the egregious acts of blatant cruelty to animals—such as the beating, kicking, and sexual abuse of pigs—that PETA documented on a Hormel supplier’s farm.