If you enjoy watching cheetahs sprint or ospreys dive, you might not be a big fan of sloths—one of the slowest and sleepiest animals on the planet. But a closer look at these Central and South American rainforest relatives of anteaters and armadillos reveals a fascinating animal unlike any other. 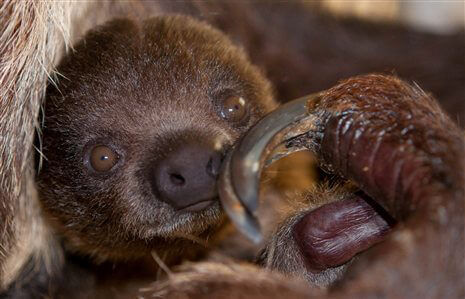 Sloths—who can be two-toed and three-toed—spend the vast majority of their time in trees, often hanging upside down from branches, thanks to their powerful front legs. Sloths sleep up to 20 hours a day and move very little when they are awake. If spotted on the ground by a predator, sloths have virtually no chance of escape but will face their pursuer with their sharp claws and fierce bites. But place that same sloth in the water, and you’re practically looking at an Olympic swimmer. In fact, sloths take to the water so well that they’ll intentionally plummet from a treetop directly into the river below. Sloths even mate and give birth while hanging from branches, and sloth babies cling to their mother for up to nine months. 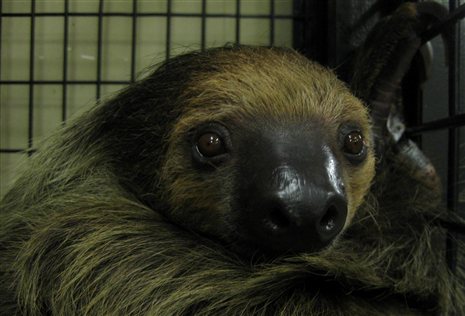 One of the sloths rescued from USGE

While sloths are right at home in trees and in the water, one place they don’t belong is in captivity. Several sloths seized from the now-defunct exotic-animal dealer U.S. Global Exotics (USGE)—based on evidence from a PETA undercover investigation of the hellish warehouse—were thankfully taken in by a progressive, compassionate facility in Detroit. Help keep sloths—and other animals—safe by never spending a dime at any store that sells animals.