Ducks and geese in North America are a bit safer, now that “celebrity” hunter Jeff Foiles has been banned from hunting for three years in Canada and two in the U.S. following convictions for cruelty to animals.

Foiles, who sells videos of his hunts online, was reportedly seen in one of his taped hunts holding up a wounded duck, wrenching the duck’s neck, and opening the bird’s mouth while making quacking sounds. According to a news report, “In another hunt videotaped the next day, Foiles manipulates a wounded duck for four minutes, whacking it on the head with a duck call, covering its head with an empty shell box and playing peek-a-boo. He later places his fingers over the bird’s nostrils and holds its beak closed while asking ‘Is this how you want to die?'” 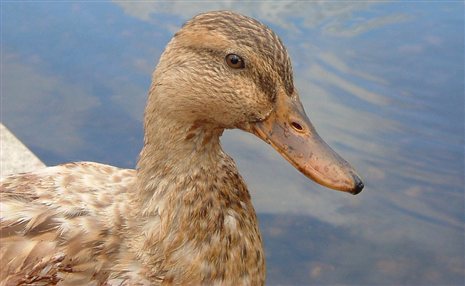 Reportedly, a wildlife expert testified during Foiles’ hearing that the birds he abused were “conscious, alive and suffering extreme pain and stress.”

Considering that people who find it fun to torture and kill animals often take their issues out on human victims as well, we should all be thankful that Foiles is spending 13 months behind bars.