Holiday commercials and viral videos make it seem like it must be a great idea to shove an animal wearing a big red bow under a Christmas tree while heartwarming music plays in the background. PETA’s new video strikes back against this very bad idea and shows the heartbreaking reason why you should never give animals as gifts.

By January, many of those “present” animals will have joined the more than 6 million who enter shelters in the U.S. every year. Some animal shelters even get in on the craze, offering discounted or free adoptions and encouraging people to give animals away as gifts. Their intentions may be good, but they likely don’t realize that they’re exacerbating the homeless-animal crisis.

First, the holidays are the absolute worst time to bring a new animal into your home. Even normally quiet homes are often filled with people talking and laughing, kids playing with noisy new toys and games, music playing, doorbells ringing, and more. A house filled with strangers coming and going and loud noises is frightening even for the animals who already live there—and much more so for a timid newcomer. Also, during the holiday season, many things that can harm animals are often left within easy reach, including ribbons, ornaments, electrical cords, and sweets as well as other foods and drinks. And people don’t always have the time to give newly acquired animals the attention and care that they require. 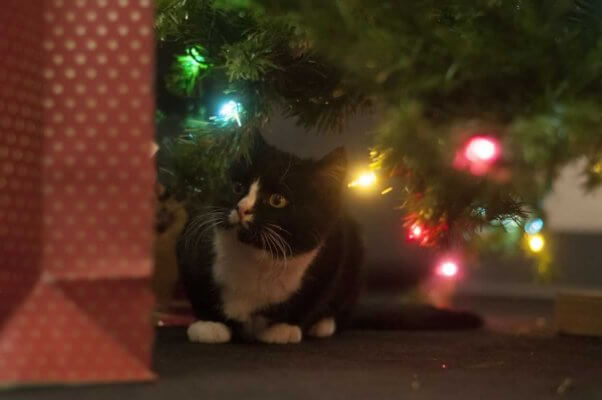 When shelters offer animals up for a pittance (or for free), they devalue them and encourage impulse adoptions by eager people who haven’t considered whether they or their gift recipients are ready to invest the substantial amount of money, commitment, and care that the animals will need. And animals can be acquired as cheap gifts by people who can’t afford to care for them. After the holidays, many of these “present” animals end up back at the shelter or, worse, sentenced to a life of isolation on a chain or in an outdoor pen or dumped on the street. 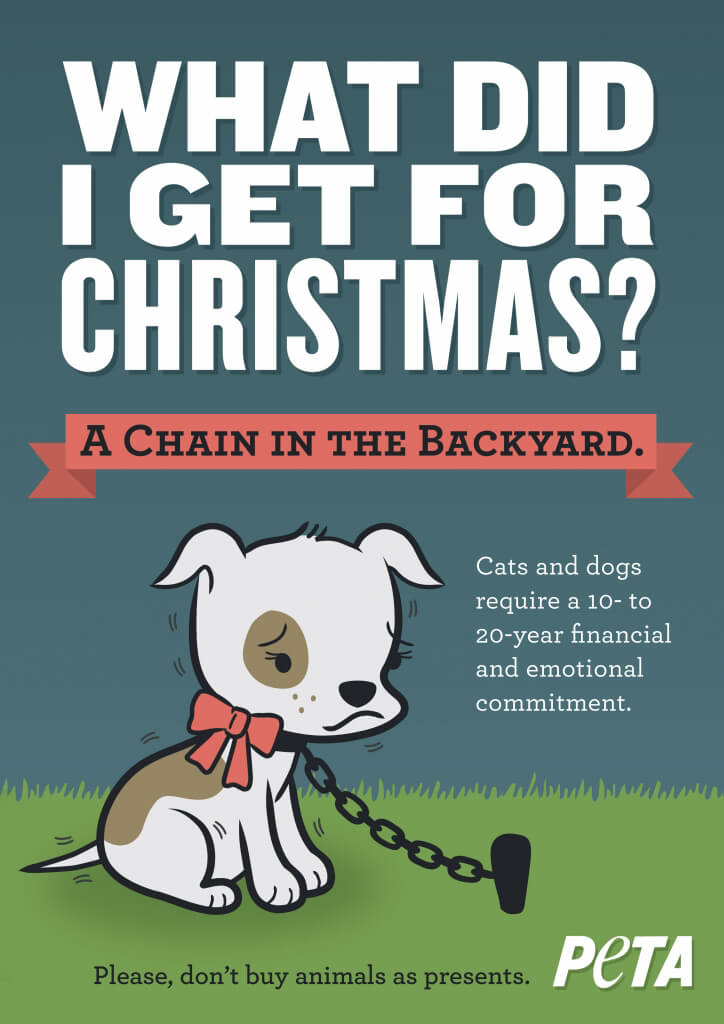 But some groups and shelters are catching on and taking affirmative steps to spare animals the trauma of being adopted into a home only to be abandoned once again: 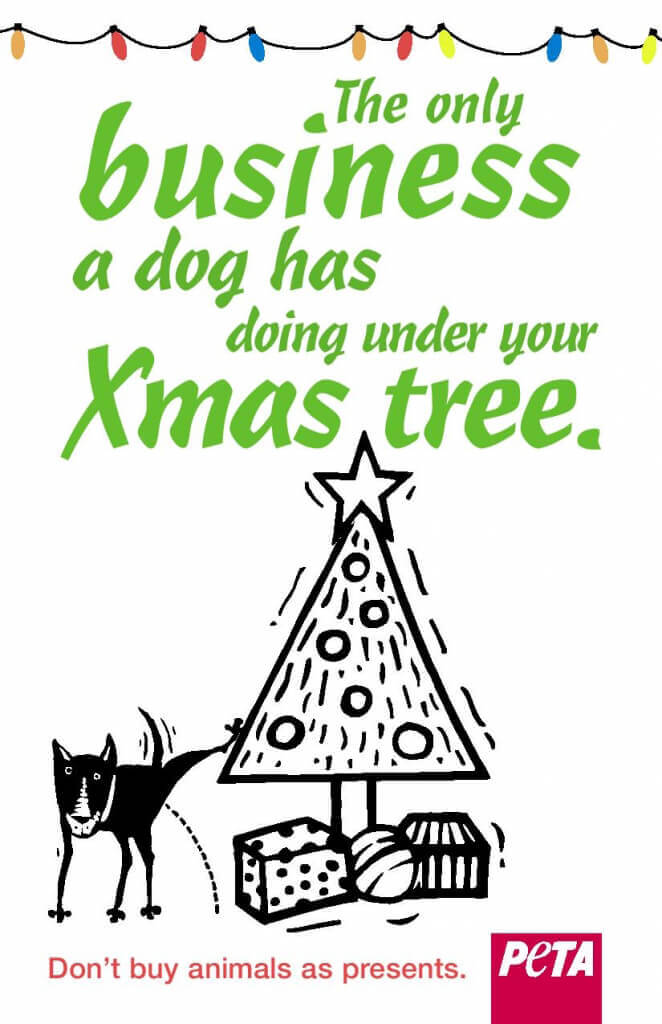 If your family is truly ready to commit to giving an animal a lifetime (up to 20 years) of care, which includes veterinary visits, housetraining, food and treats, toys, bedding, exercise, playtime, and anything else that’s needed, the best option is to take the entire family to the shelter when you adopt. That way, you can ensure that the animal you choose is the right fit and that everyone is ready to make the commitment. Parents need to understand that young children are ill-equipped to care for an animal properly and that adults are legally responsible for the animal’s welfare.

If you know that someone on your list is genuinely ready to adopt, prepared to commit to a lifetime of care, and actively seeking a companion animal, opt to give a shelter gift certificate to cover the cost of the adoption. That way, the recipient can choose an animal who best suits his or her lifestyle and can bring the new companion home after the holiday whirlwind dies down. Or make up a gift basket of toys, treats, bowls, leashes, and other supplies so that the recipient can decide when it’s the right time. 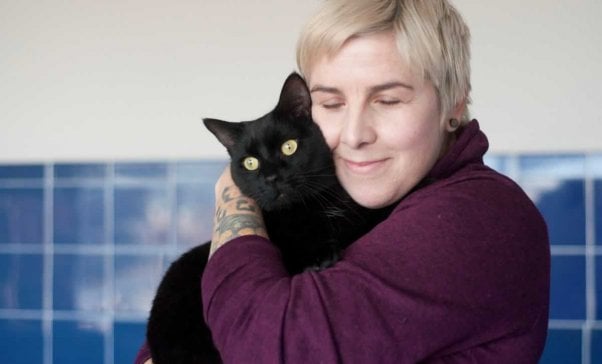 And if your local shelter is advertising reduced or free holiday adoptions to try to move animals out the door, please send it this article and urge it to reconsider.

Animals deserve better than to be dressed up in bows, shoved under a tree, and then tossed out with the wrapping paper.