Sharon Osbourne told Intermix to get fur out of the mix when she helped Fur Free Los Angeles with a demonstration outside the store. And the host of The Talk isn’t all talk—she donated her old furs to PETA several years ago and has been an anti-fur advocate ever since. 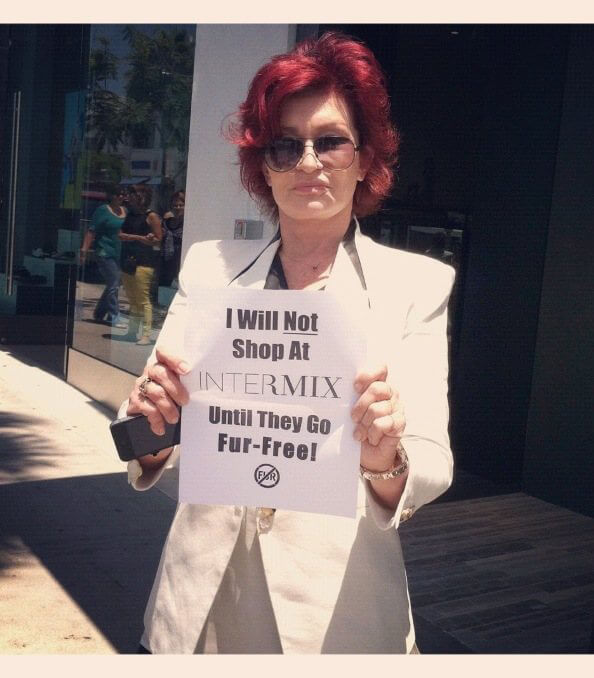 Miranda Cosgrove might not be a real talk show host yet, but she does play one on TV. The iCarly star is iCompassionate to animals, telling US Weekly that she never lets anyone kill bugs (she takes them back outdoors) and that she threw a birthday party for her cat.

When Chaka Khan made like a feline, appearing on American Idol in a sultry catsuit, her slimmed-down physique had people wondering what her secret was. Now the legendary singer is spilling the beans (in addition to eating them): She went vegan for her health and dropped 60 pounds in the process.

And two of the sexiest stars alive are teaming up in the summer’s sexiest movie, Magic Mike, but Channing Tatum and Olivia Munn are also teaming up to end Ringling’s abuse of animals, joining thousands of people in asking the Atlanta City Council to pass a proposed bullhook ban:

While the City Council passed only a partial ban this time, it will be voting on a full ban again soon.