Like provocative PETA images before it—too raw and real for some people—our picture about foie gras was recently censored by Twitter.

Posted just after the prohibition on the sale of foie gras in California was sadly overturned, the censored picture featured actor Ian Somerhalder’s powerful words regarding cruelty to animals and showed the reality of foie gras production.

The barbaric cruelty that Somerhalder speaks of is clearly seen in the lives of ducks and geese used for foie gras—they have metal pipes rammed down their throats by workers multiple times per day and are pumped full of grain and fat until their livers swell to up to 10 times their normal size. 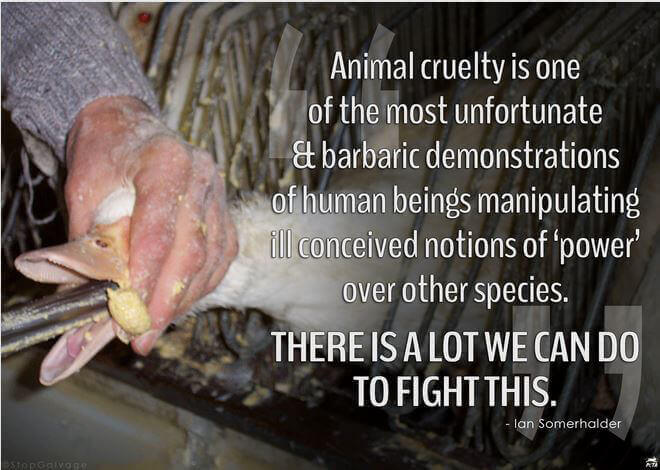 After this photo was flagged, all our other photos on Twitter were given a
“sensitive content” warning, which means the only way that people can see the photos we tweet is by changing their personal settings.