PETA protested outside SeaWorld parks in San Antonio and San Diego today, just one week after the marine-animal prison chain was hit with a $38,500 repeat violation fine from the Occupational Safety & Health Administration (OSHA) for allowing dangerous contact between employees and orcas in defiance of a federal court order—and basic decency. 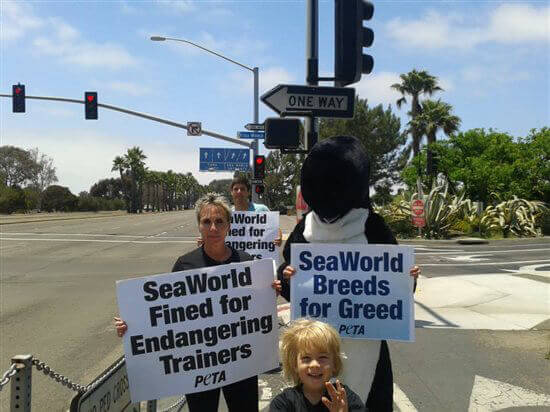 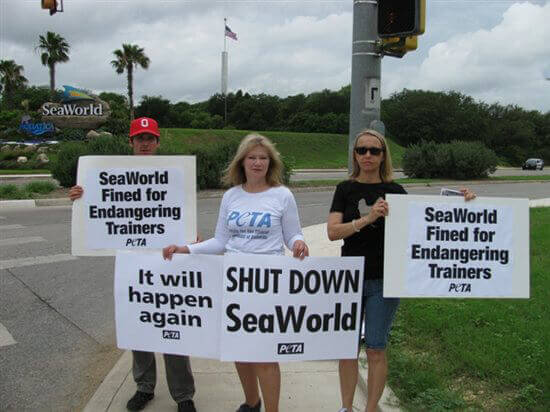 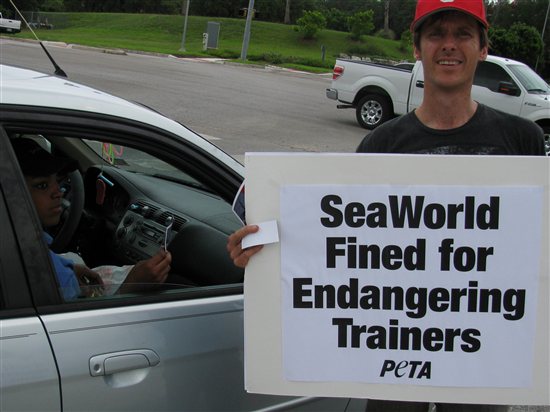 This SeaWorld San Antonio employee was shocked to learn about the violations that led to the OSHA fine.

The fine resulted from a follow-up investigation and photos and footage on TV of trainers who hugged and kissed orcas without any protective barrier, as required by an earlier OSHA ruling. SeaWorld fought OSHA’s decision with two unsuccessful appeals, but the ruling stands.

Aggression between orcas is nearly non-existent in nature, but the constant stress of living in forced social groupings inside tiny tanks at SeaWorld causes them to lash out, posing a danger to animals and employees alike. SeaWorld’s own corporate incident logs contain reports of more than 100 incidents at its parks. Orcas have pulled trainers into the water, held them at the bottom of the pool, head-butted them, slammed into them, breached on top of them, and, of course, killed them—and those are just the episodes that have been reported.

Please tell everyone you know to leave all marine-animal parks and aquariums out of their family travel plans, and ask SeaWorld officials to release their animals to sanctuaries.