A crate emitting piercing distress calls and emblazoned with “Shipping to SeaWorld: Live Orca” appeared in San Diego yesterday. A crowd gathered and stood riveted while PETA members revealed the captive inside: a stuffed orca there to draw attention to tonight’s television premiere of the critically acclaimed documentary Blackfish on CNN Primetime at 9 p.m. EDT. 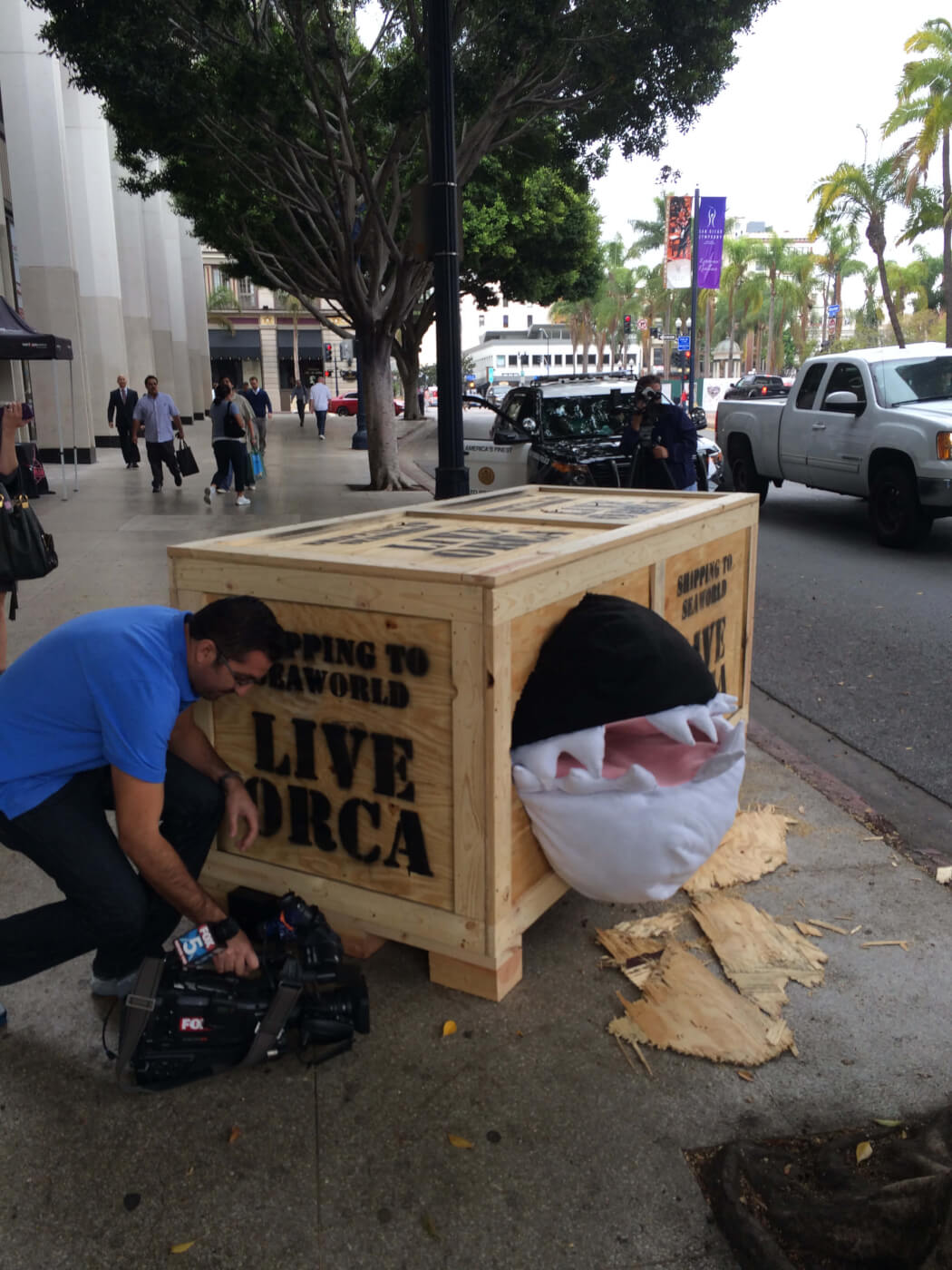 Blackfish tells the heartbreaking and shocking story of Tilikum, an orca who was torn from his family in the wild and imprisoned in a concrete bathtub at SeaWorld, where he made headlines after killing a trainer in 2010. After more than 30 years in captivity, he lashed out in frustrated rage, drawing worldwide attention to SeaWorld’s practice of imprisoning sensitive, intelligent marine mammals and denying them everything that is natural and important to them. 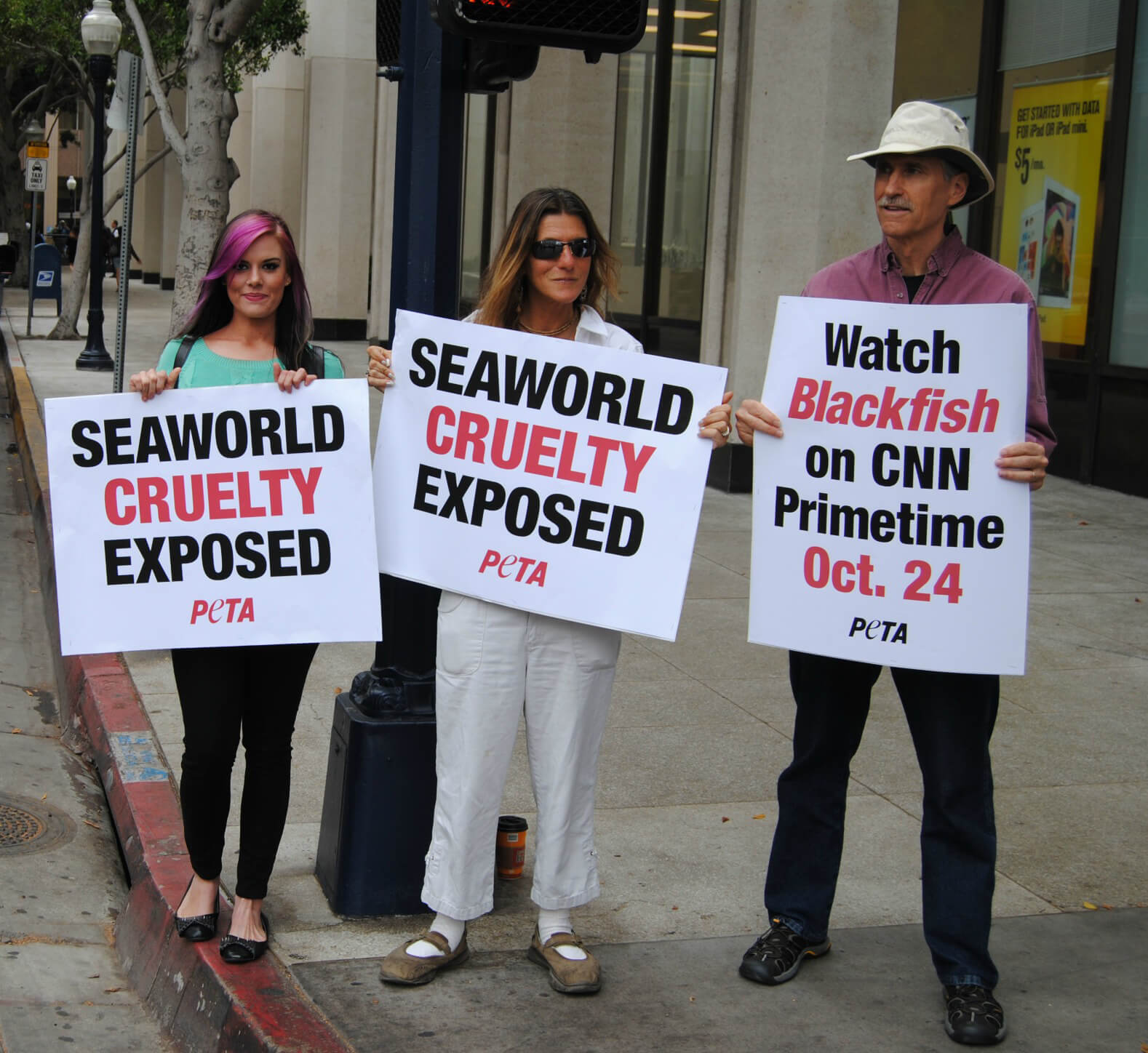 PETA members handed out leaflets to passersby, who were shocked to learn about SeaWorld’s sordid history of hurting its employees by forcing animal trainers into dangerous contact with marine mammals who’ve exhibited violent behavior. SeaWorld’s own records contain reports of more than 100 incidents of orca aggression, many of which led to human injuries and one to trainer Dawn Brancheau’s death. Not exactly “family fun.”

Watch Blackfish tonight. If you won’t be home, set your DVR to record it on CNN at 9 p.m. Eastern and Pacific and hold a Blackfish viewing party to educate your friends and family.

With the release of Blackfish—and with the help of PETA supporters—consumers are becoming more aware than ever that SeaWorld’s tanks are hellholes for animals.