We recently shared the good news that no reptiles were harmed in the making of the new movie Rango, starring reptile friend Johnny Depp, but Paramount Pictures, the distributer of the movie, has partnered with PetSmart in a terribly irresponsible promotion of impulse buying, offering a $10 discount on any reptile to customers with Rango ticket stubs. Neither PetSmart nor Paramount has responded to PETA’s polite pleas to put an end to this ill-conceived, cruel promotion. 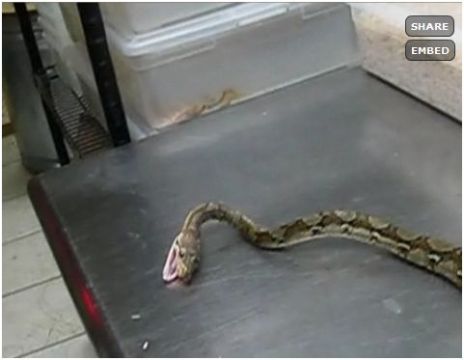 We want to love this movie and its positive message, but this promotion will inevitably lead to the suffering and deaths of animals. This movie is being marketed to children, who may be intrigued by possessing a reptile but who are far from equipped to humanely care for one. Reptiles—especially chameleons, who are terribly hard to keep alive in captivity—are anything but low maintenance. Any animal acquired on a whim (prompted by a coupon, no less!) is in danger of being discarded within days once the “wow” factor fades and the animal’s specialized needs become clear. Snakes, iguanas, and other animals who have become “inconvenient” are often dumped outside like garbage. Many of these abandoned animals languish in fear, hunger, and thirst before dying or being killed. Those who survive can wreak havoc on local ecosystems.

Please ask Paramount to stop this reckless promotion so that you can buy a ticket in good conscience.