Goats are not the only animals who suffer in the creation of a cashmere coat. As the demand for cashmere (the hair that is taken from cashmere goats’ underbellies) rises, so does the threat to endangered snow leopards. 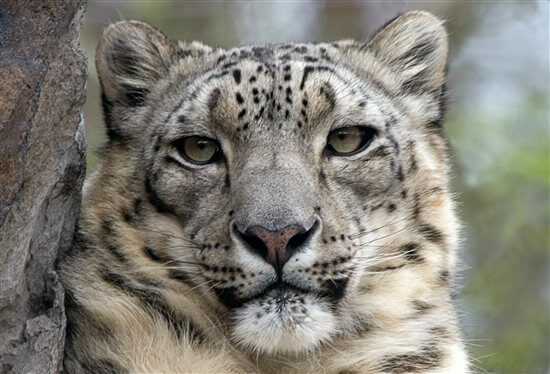 The BBC reports that herders in Central Asia have more than doubled the number of cashmere goats in the last 20 years. The increase in farmed goats has dramatically altered the local ecosystem, and when indigenous snow leopards are reduced to hunting the farmed herds, goat herders sometimes retaliate violently, killing the leopards in all manner of cruel ways.

In Australia, where more than 50 percent of the world’s merino wool—which is used in products ranging from clothing to carpets—originates, lambs are forced to endure a gruesome procedure called “mulesing,” in which huge chunks of skin and flesh are cut from the animals’ backsides, often without any painkillers.

Snow leopards were once killed so that their coats could be sold by furriers. Now the animal trade has struck another blow. Protecting these endangered beauties is as simple as living a cruelty-free lifestyle. Want to save a snow leopard? Never buy cashmere or other wool products!