What is 7 feet tall, looks like a bear, and sounds like Casey Affleck? Bernard—PETA’s new robotic bear—who is working to convince people that freedom is a bare necessity, with help from a voice track that Casey supplied for him. 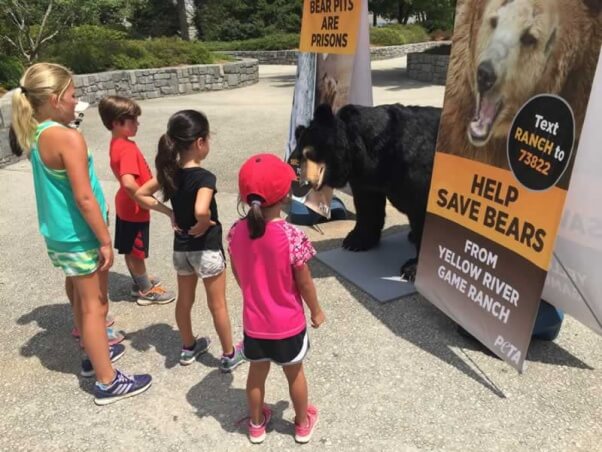 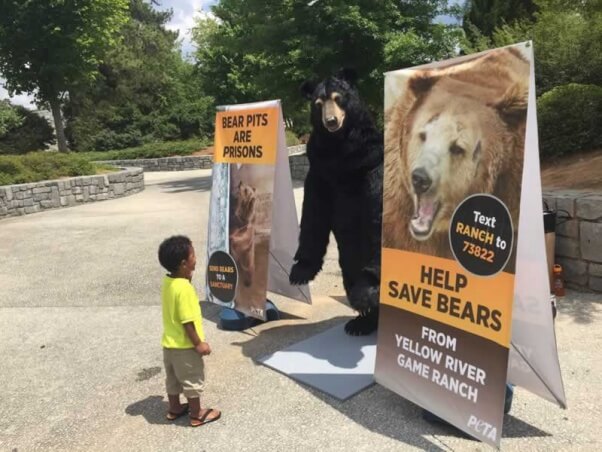 Bernard is on tour targeting spots where bears are held and letting people know why captivity is unbearable. He stopped in Lincoln, New Hampshire, and nearby Boston to stick up for the bears who are suffering in squalid pits at Clark’s Trading Post in Lincoln. 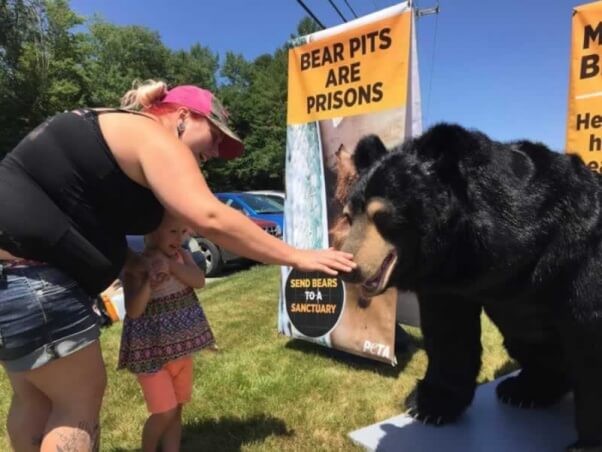 Then Bernard headed to Atlanta, Stone Mountain, and Lilburn, Georgia, to ask people to steer clear of the abusive Yellow River Game Ranch in Lilburn. 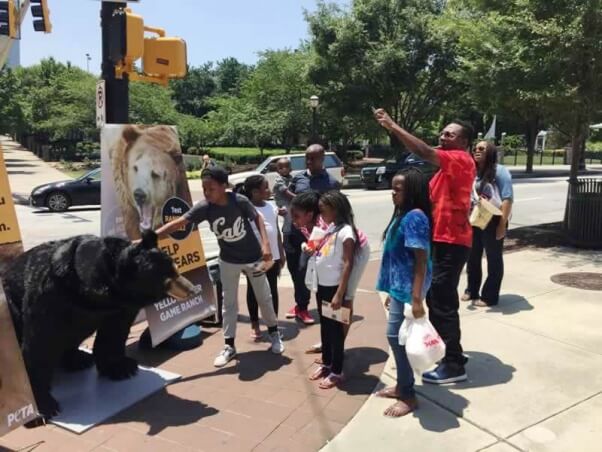 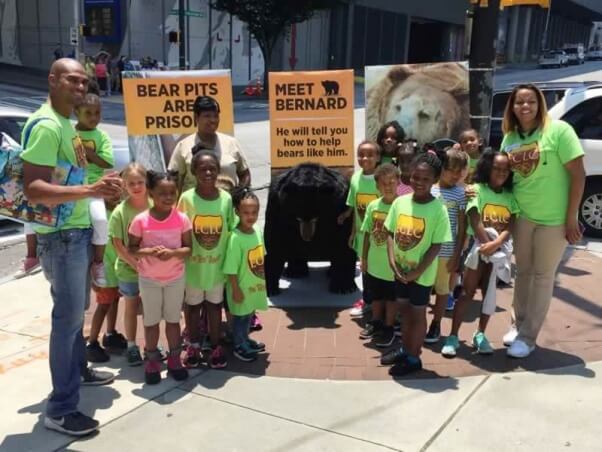 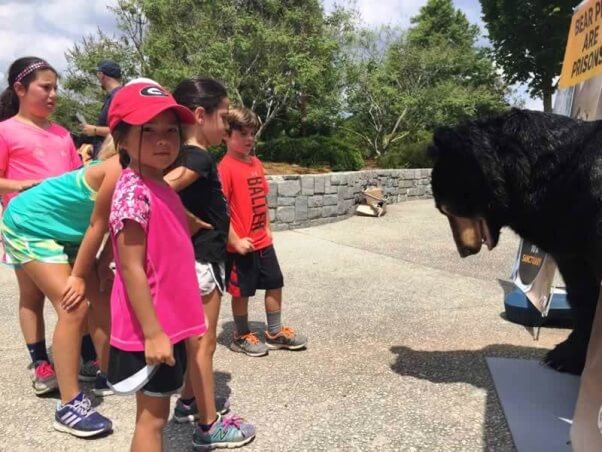 “Bears belong with their families in nature, not on display in sad, filthy concrete pits,” Casey explains. “PETA’s remarkable animatronic bear will do wonders this summer to show kids and their parents why everyone should stay away from these cruel tourist traps.”

Right now, more than 1,000 bears are being held in captivity by nearly 300 roadside zoos, bear pits, traveling shows, and entertainment outfits across the country. While bears in the wild have home ranges that can span hundreds of square miles, captive bears are routinely confined to cramped, barren concrete pits or kennel-like cages. 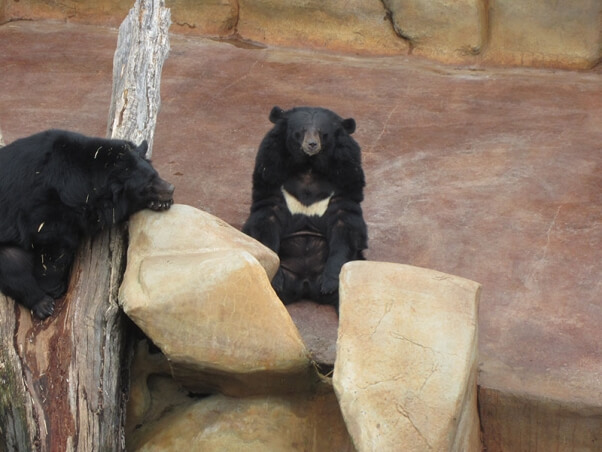 Such intensive confinement and lack of physical and mental stimulation can drive bears insane, as indicated by the pacing, swaying, head-bobbing, and other abnormal stereotypic behavior that captive bears frequently exhibit. Living on concrete slabs—as most of these animals do—can cause arthritis, pressure sores, and other painful and debilitating conditions. Captive bears are also commonly subjected to physical abuse and intimidation in order to force them to perform confusing tricks.

Since 2012, PETA has successfully worked to close down two other bear pits and move 56 captive bears to sanctuaries, where they are finally free to roam, forage, climb, and swim.

We can do it again.