When the Journal of the American Medical Association (JAMA) published a paper on cancer resistance in elephant populations late last year, PETA thought something seemed off. Sure enough, the study—which seemingly concluded that elephants rarely develop cancer—was more full of holes than vegan Swiss cheese.

Not only had the study’s authors used data from an online source no more reputable than Wikipedia, they had also studied only captive elephant populations. As cancer risks increase the longer one lives and captive elephants typically die very young of captivity-induced diseases like arthritis and foot problems, concluding that elephants rarely get cancer is as erroneous as it would be to study children and conclude that humans rarely contract heart disease. 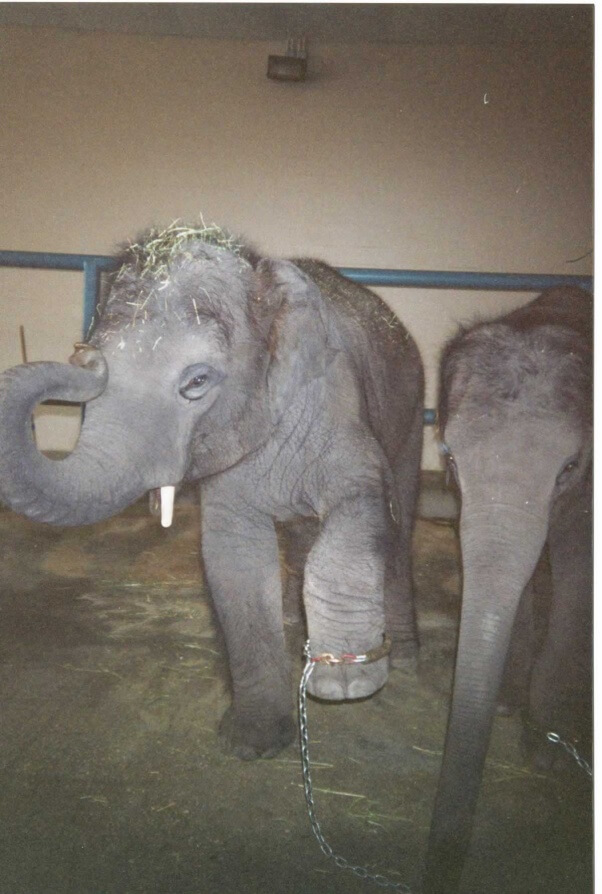 Chained baby elephant at the Center for Elephant Conservation.

Where did this inaccurate and unscientific study come from? If you’ve heard the news that Ringling Bros. and Barnum & Bailey Circus is using its “retired” elephants for cancer studies, then you already know the answer. Two of the article’s authors are Ringling employees, and the circus both helped fund the study and provided elephant blood samples. Now, Ringling is touting the “findings” on its website and during shows.

In a letter sent today to JAMA‘s editor in chief, PETA asked the publication’s editorial board to issue a retraction or expression of concern about the article:

[T]he very premise of this article is based on unreliable data and its authors have used those unsubstantiated claims to mislead the public ….

As the most widely circulated medical journal in the world, JAMA has a responsibility to ensure that it shares accurate information, and we are confident that it will retract Ringling’s junk science.

Elephants aren’t the only animals used and abused by Ringling. Urge the circus to take all animals off the road and send them—including the now-retired elephants—to true, accredited sanctuaries.