To rescue wildlife, you must be observant. The animal in need pictured below looked like a rock on the road. But as PETA’s fieldworkers got closer, they saw that the “rock” was actually a turtle determinedly trying to cross a highway. The turtle was inches away from being run over, and turtles—because of their slow metabolism—can suffer for days or weeks with a crushed shell before succumbing to their injuries.

The fieldworkers swung the van around, sprang out, stopped traffic, and whisked the turtle to safety. One more animal rescued! 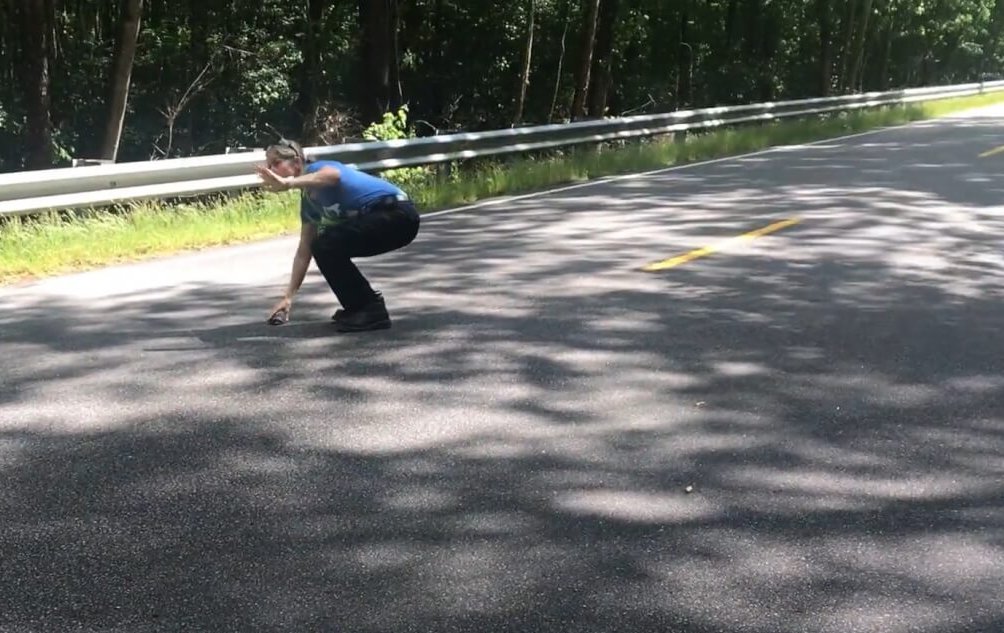 Pelicans stranded on a bridge in a hurricane, a dolphin entangled in fishing line, a deer with a broken leg—helping wildlife around the clock, PETA fieldworkers rescued them all. But wildlife emergencies can arise anywhere, so be ready. Rule #1: Never pass by, thinking, “Someone else will help”—they probably won’t. You’re the one there to help!

If you spot a turtle in traffic, pull over and put on your hazard lights. Pick up small turtles and gently nudge large or snapping turtles into a box or onto a flat surface. Take them in the direction they were headed. Don’t ever turn them around—they know where they want to go and will turn back into a dangerous area if they’re rerouted. In addition, a seemingly “dead” turtle is often still alive. Pinch a back toe or touch the corner of an eye to check for a reaction. Rush the turtle to the nearest veterinarian or animal shelter if you see any sign of life.

Discarded food containers are irresistible to hungry animals. PETA’s fieldworkers rescue animals facing a miserable death from dehydration or strangulation—all because their head became stuck in a jar or can.

An animal whose head is stuck in a container should be secured in a blanket, jacket, or cardboard box so you can gently work the container free. Oil or grease can help. If that doesn’t work, contact a wildlife rehabilitator.

Many Baby Birds Don’t Need to Be Rescued

People often mistakenly “rescue” baby birds who should be left alone. If you see a fallen baby bird with few or no feathers, place them in the nest, if possible. Parents won’t reject a baby who’s been touched by humans. If you can’t find the nest, make one out of a basket or paper cup with small holes in the bottom so water can drain out if it rains, hang it in a sheltered spot close by, and watch—from a distance—for the parents to return.

Fledglings (young, mostly feathered birds) may flap on the ground as they learn to fly. Their parents are usually nearby. If fledglings are in immediate danger, move them to a nearby tree or shrub.

If the bird appears injured or ill, or if the parents don’t return, contact a wildlife rehabilitator.

When to Call for Help Instead

In most cases, wildlife should be left alone unless you see any of the following: the animal has an obvious injury (like a broken wing), has been wounded by a predator, is trembling or lethargic, is still dependent on parents who were killed nearby, or is in other immediate danger. In these situations, call a wildlife rehabilitator for help.

Make sure you’re ready for an animal emergency: Read our “How to Make Your Own Emergency Animal Rescue Kit.” You can also spread the word for local wildlife with a PETA yard sign, available for order at the PETA Shop. 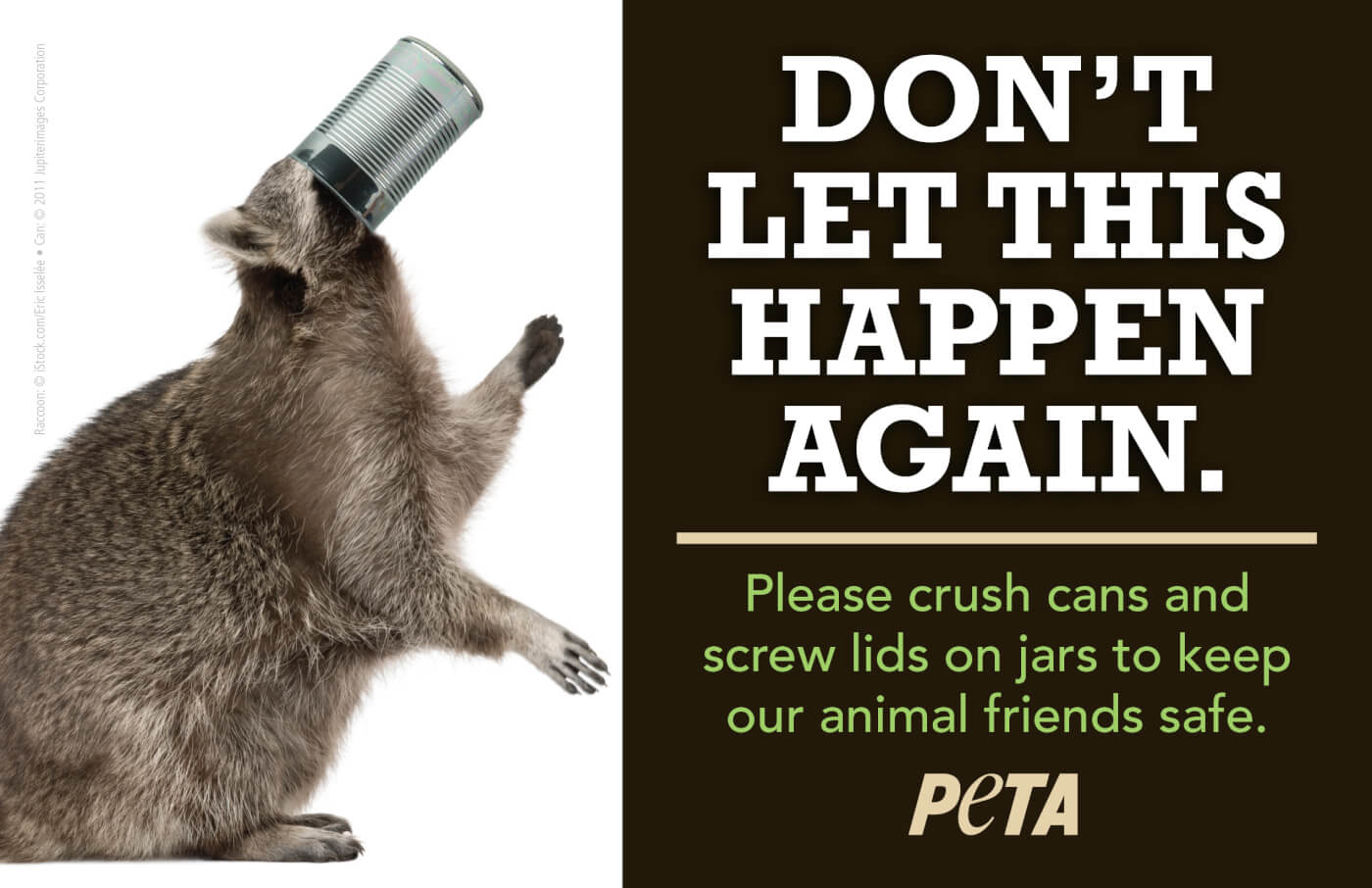 This article was originally published in PETA Global, a quarterly magazine sent to PETA members. Become a member today to get the print edition, or read the online edition for free.