The popular daytime court show Cristina’s Court is up for an Emmy nomination for a fantastic episode entitled “Requiem for a Pit bull,” in which Judge Cristina Perez stands up for the rights of these much-misunderstood animals during a case in which a man is accused of shooting and killing his neighbor’s pit bull, Capone, after the dog wandered into his yard.

Tragic as the story is, it’s an important reminder not to leave animals unsupervised under any circumstances (even if you don’t happen to have gun-happy neighbors), and the show highlights the urgent need for legislation to protect these dogs, who are systematically abused and mistreated because of the “macho” image they’ve been given in the popular media.

You can learn more about the episode here. 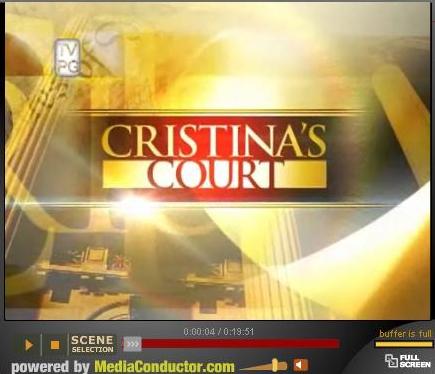