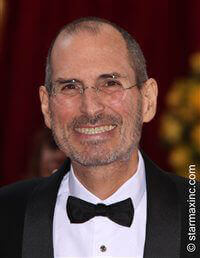 The late Steve Jobs may have been known for his signature black turtleneck, but it is for his green diet that he probably will be most fondly remembered by people who care about animals. The Apple cofounder, who died yesterday, was a vegetarian and a longtime health advocate who reportedly once handed out containers of carrot juice at Halloween.

We remember Jobs for so many innovative ideas, including Apple’s iPhoto facial recognition software, which recognizes the faces of cats in addition to those of humans, reflecting the importance of companion animals in our homes and hearts. PETA also recently recognized Jobs for what he didn’t do: He refused to sell a gruesome app on Apple’s app store called iSealClub—which involved, as the name suggests, bashing cartoon seals over the head with clubs.

Let’s also not forget that Jobs’ Pixar film studio created heartwarming and thought-provoking movies about unlikely animal heroes, such as A Bug’s Life and Finding Nemo, and he ended Disney’s 10-year agreement with McDonald’s to promote its films with movie-themed toys in Happy Meals after the entertainment giant merged with Pixar. As the vegetarian sharks in Finding Nemo said, “Fish are friends, not food.” Finding Nemo’s fish-friendly theme earned Pixar an award  from PETA, as did Jobs’ other accomplishments that helped change animals’ lives for the better. And if his movies or his lifestyle inspired even one person to become a vegetarian, he no doubt saved hundreds of animals’ lives, and for that we thank him.

We invite you to post a message on the True Friends Memorial we have created to honor Steve Jobs.