Update (May 19, 2022): In an exciting victory for animals, a law banning exhibitions of wildlife in public spaces in Quintana Roo, Mexico, has gone into effect today! The measure, which passed with a unanimous vote in April 2022, bans cub-petting and other dangerous exhibitions in the Mexican state. The victory follows pressure from PETA Latino supporters and local animal rights group Animal Heroes, which urged Quintana Roo Gov. Carlos Joaquín to implement the law. 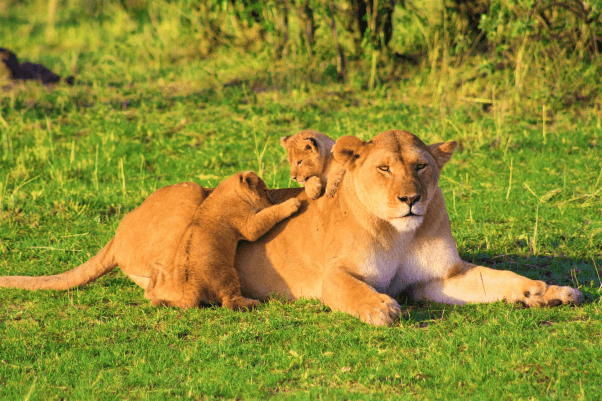 Recently, PETA Latino supporter Ariadne Diaz sent a letter to the president of the Quintana Roo Commission urging her to approve this bill. Nearly 50,000 other animal ambassadors signed PETA Latino’s petition, and many more contacted the Commissioners through Animal Heroes. Our efforts paid off.

Quintana Roo commissioners are leading the rest of the world by example by enacting laws that protect animals and keep abusive industries in check.

By banning exhibitions of certain species in public spaces, this bill can effectively shut down the exploiters who repeatedly impregnate big cats and force them to churn out litter after litter of cubs who will be taken from them almost immediately and used in big cat cub-petting schemes. This abusive cycle traumatizes the mothers and their babies who are grabbed, jostled, and squeezed by an unending line of strangers. The terrified animals have no escape. In just a few months’ time, they will grow too large to be handled, and will likely be relegated to cramped cages in miserable roadside zoos for the rest of their lives. And the cycle will begin again. Other animals used in exhibitions in public spaces, such as reptiles and primates, fare no better.

This bill will go a long way toward ending abuse of animals in Quintana Roo.

Let’s keep the momentum going: Click below to urge your U.S. legislators to support the Big Cat Public Safety Act, which would end private ownership of dangerous big cats, safeguarding both wild animals and communities across the U.S.

And if you don’t live in the U.S., you can still help big cats! Speak up for tigers multiple times, in a matter of minutes or less: