PETA’s always said, “If you see something, say something.” In Hollywood, on Monday, actor Jena Malone and other witnesses did just that, taking swift action to ensure the safety of a dog they saw being kicked and dragged. “This was really scary. I saw a man kicking repeatedly a small dog on the sunset, yanking him up in the air and absolutely choking the dog. I yelled at him to stop from my car but he wouldn’t. I got out of my car to try and get the dog but he started running,” Malone wrote in a thread on Twitter, adding, “[T]he dog was going to die. No question.” So she started chasing him. Jena signaled for others to help, which at least five other Good Samaritans did. “The cops came and took the [alleged dog abuser]. I waited with dog til another cop came to take them to the hospital.” 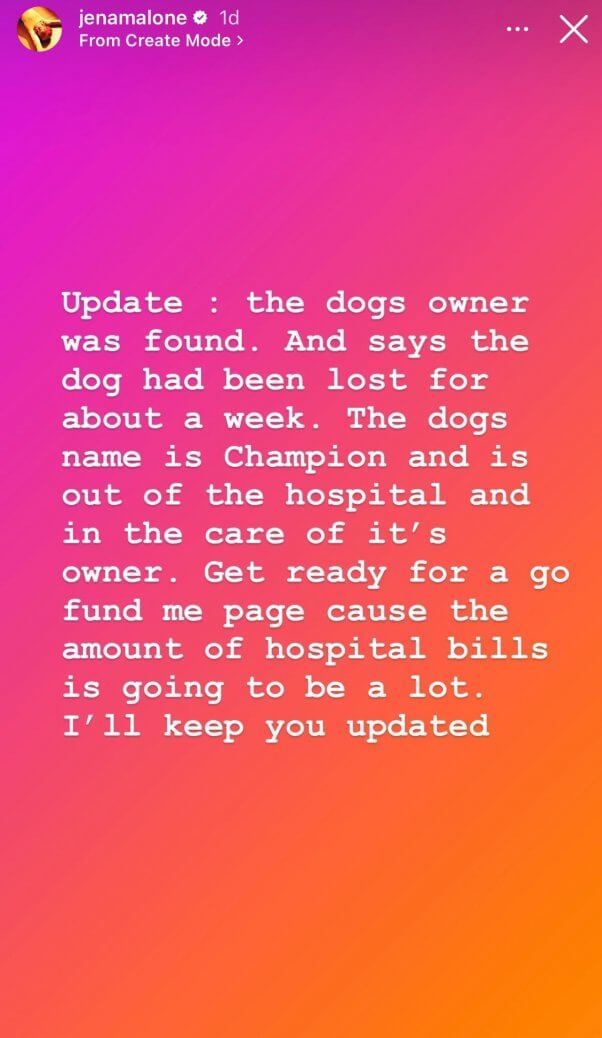 Thanks to microchipping, the dog has apparently been identified as 6-year-old Champion, a companion canine who’d reportedly been stolen a week prior to the incident. According to The Washington Post, Kelly McKinney, Champ’s guardian, “said it was her son who stole Champ and led bystanders on the chase.” According to KNBC, just prior to Champion’s alleged abuser’s arrest, he told an NBCLA camera operator, “it’s my mother’s dog and he should obey me.” McKinney has since expressed gratitude for the quick action taken by Malone and the other folks on the scene. 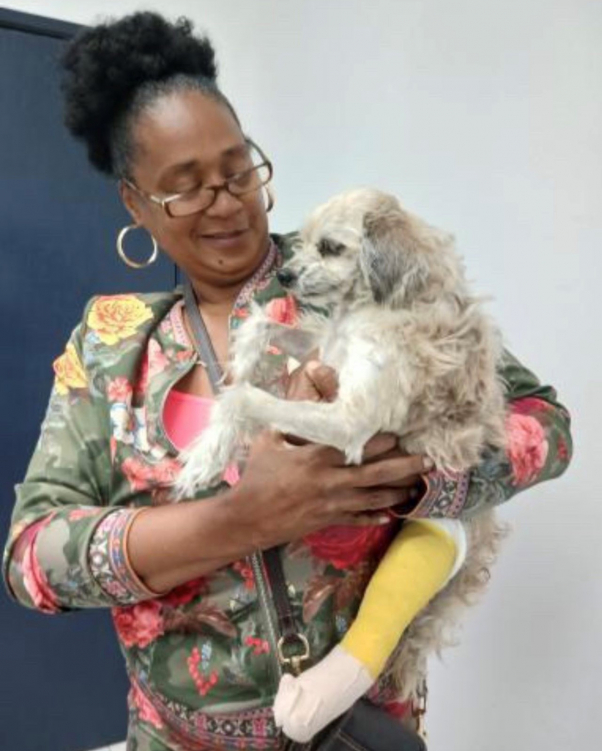 “After coming out of the hospital, the dog is ok but has a fractured rib, bone breaks in [his] hind legs and another fracture in [his] right paw,” Malone tweeted. She also shared Champion’s X-ray, appearing to show a severe break in his right femur. 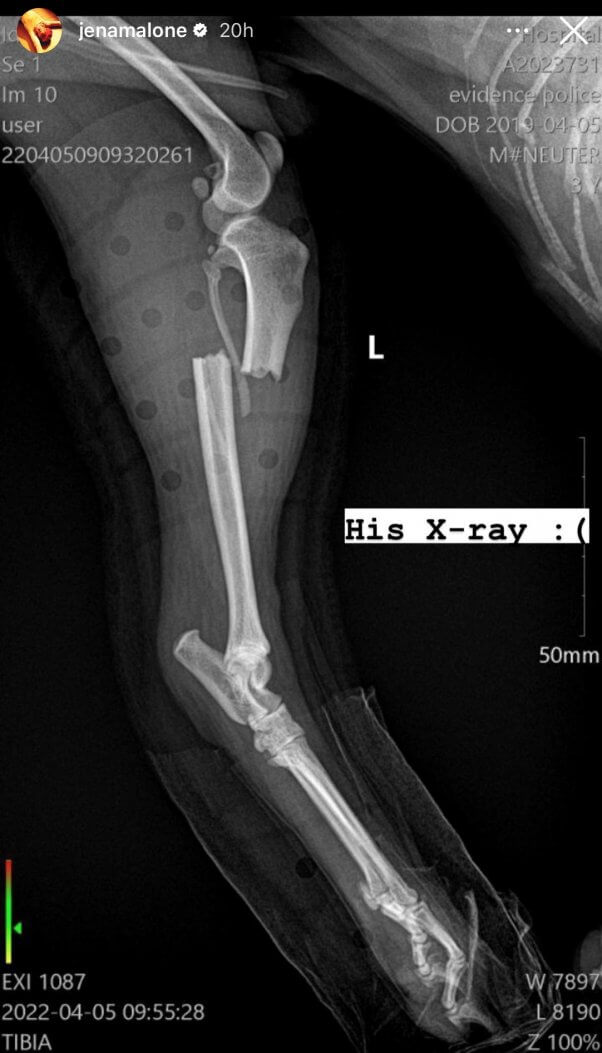 It’s essential to stop abuse if you can, no matter the species of the victim.

PETA thinks Malone is a champion. A Compassionate Action Award is on the way from us to the actor, whom PETA Senior Vice President Lisa Lange praised in a statement:

When Jena saw that a dog’s life was in danger, she dropped everything to race to his rescue. PETA is certain that her selflessness and kindness will inspire many others not to be silent in the face of cruelty to animals.

Take a page from Malone’s book: It doesn’t matter who is being treated cruelly—if you think an animal is being abused or neglected, it’s important that you do something about it. Your involvement may be the victim’s only hope. Click below to learn more about what steps to take if you spot abuse against animals:

What to Do if You Spot Animal Abuse