This is what two PETA volunteers recently found while out delivering straw bedding to cold dogs in rural North Carolina: 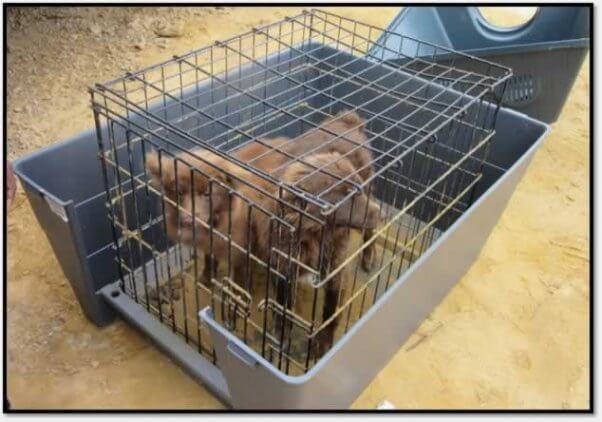 There were no humans at home at the time, so they made a note of the address and reported their findings to Thomas, a PETA fieldworker, once they got back to our headquarters in Norfolk, Virginia.

Thomas rushed out to the site, and this time, the dogs’ owner was home. The woman said that she had put the puppies in the crate until she could get around to cleaning a pen in the backyard that housed their mother. The accumulated waste in the crate indicated that the puppies had been in there for at least several days.

The pups’ mother wasn’t in much better shape. Her pen was littered with feces and piles of junk. Her only “shelter” was a decaying cardboard box. A discarded fishbowl that was her only water source was bone-dry, and she appeared to be subsisting on scraps, judging by the slices of stale bread scattered about her enclosure. 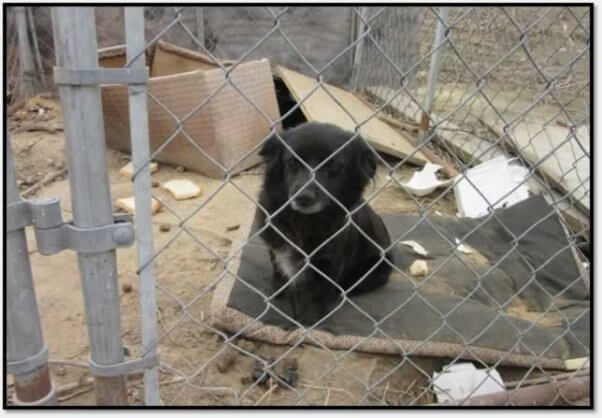 Thomas got to work cleaning out the pen and moved the puppies’ doghouse—now filled with fluffy straw—into it. He gave all the dogs a hearty meal and fresh water and reunited the puppies with their ecstatic mom. 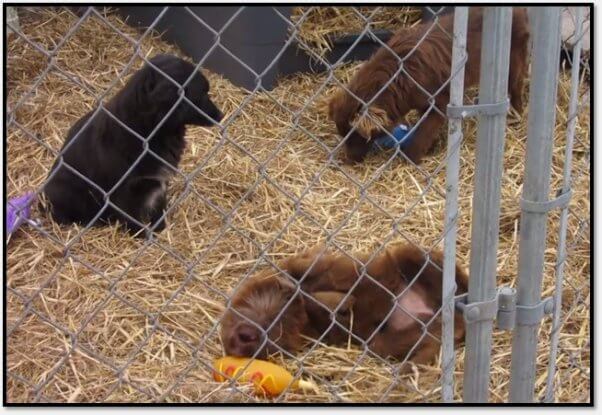 Thomas left a bag of dog food with the owner and persuaded her to allow PETA to spay and neuter the dogs (the mother dog was spayed this week, and the puppies will be sterilized soon). Our sturdy, custom-made wooden doghouses will replace the flimsy plastic doghouse they now share. And we’ll continue to check on the dogs, as we have made a standing offer to place them in new homes if and when their owner decides to allow them the chance at a better life.

PETA volunteers and staffers deliver straw bedding to neglected “backyard dogs” every single day, all winter long, and we improve their lives in other ways by giving them food, fresh water, toys, lightweight tie-outs to replace heavy chains, doghouses, and, of course, lots of attention—often the only attention they’ve ever received, except for harsh words. You can support this vital program by clicking here. Thank you!

I want to help dogs!