Led by an “orca,” PETA members descended on SeaWorld San Diego with signs urging, “SeaWorld: Send Corky Home!” The action was the first protest in PETA’s new “Free Corky” campaign, which calls for the longest-held captive orca in the world to be released into a sea sanctuary planned for a protected bay in her home waters off the coast of British Columbia. 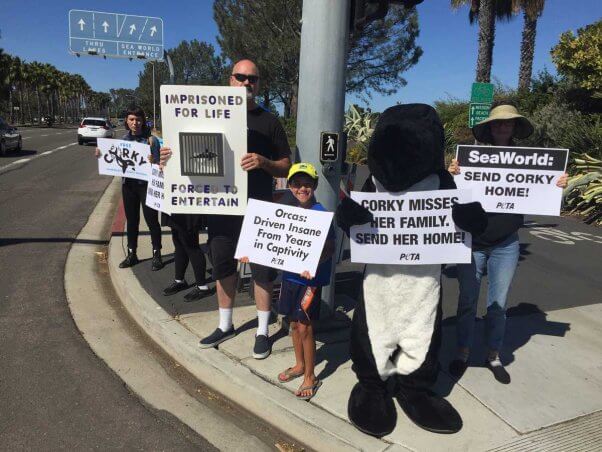 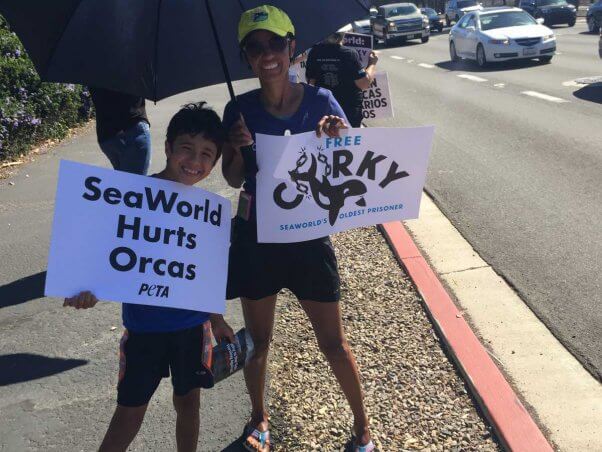 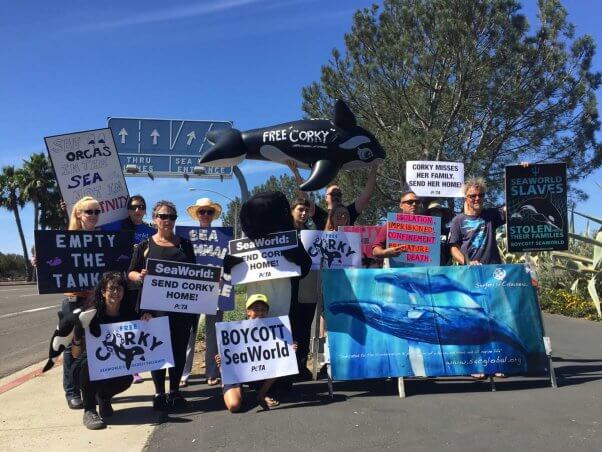 Corky was taken from the wild in 1969 and has known nothing but misery in a concrete tank ever since. She has been forced to endure seven pregnancies (she was continually pregnant for almost 10 years from 1977 to 1986), but none of her calves survived more than 46 days. Her last stillborn fetus was found at the bottom of the holding tank.

SeaWorld has taken a step forward by ending its sordid orca-breeding program, but that does nothing to help animals like Corky who will continue to swim in circles inside tiny tanks for decades until they die.

As PETA revealed in a new video, the sanctuary would allow Corky to relearn natural types of behavior, such as diving deep, swimming fast and in a straight line, and finding her own food. She could also communicate with her brother and sister, Fife and Ripple, who often visit the adjacent Blackfish Sound.

Help Corky today by taking a moment to ask SeaWorld to implement a firm and rapid plan to release her into a sea sanctuary where she’ll be given a semblance of the natural life that she has been denied for so long.