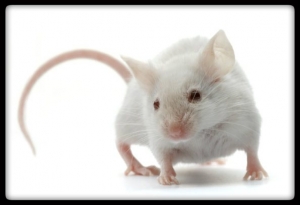 As of today, cosmetics companies that manufacture in China will have the option to market their products without first testing them on animals. China has implemented a new rule that will end, for some companies, the country’s long-standing requirement that cosmetics must be tested on animals to be sold there. Companies can now make their own decisions about how products will be proved to be safe.

While China still requires tests on animals for all cosmetics imported into the country, this is a step in the right direction. Allowing companies to choose not to test on animals for cosmetics could prevent countless animals from being poisoned and killed, and it paves the way for non-animal product testing to become more readily accepted.

We are working toward the day when the Chinese government will not only end its requirements for animal tests for all cosmetics but also eventually ban these cruel and archaic methods, as the European Union, Israel, and India have done.

Today’s progress has been two years in the making. After PETA first exposed the Chinese government’s requirements for animal tests for cosmetics in 2012, we funded expert scientists at the Institute for In Vitro Sciences (IIVS) to work with Chinese scientists and government officials in order to educate and train them on the use of non-animal methods. We’ve continued to fund IIVS’ work, and the groundbreaking collaboration set the wheels in motion for today’s historic victory.

Until tests on animals for cosmetics are a thing of the past, please continue to use our searchable database of companies that do and that do not test on animals to ensure that the products you use didn’t cost animals their lives anywhere in the world.