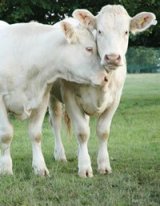 While some caring Huffington Post readers might pooh-pooh “The Practical Vegetarian”—which was written by Google’s usually vegetarian Gopi Kallayil—by saying that it doesn’t pack enough punch against animal abuse, we at PETA beg to differ.

Believe: We would love to have a magic wand that could wave away the rampant, stomach-turning cruelty endured by billions of animals who are eaten by naïve or uncaring bacon and egg lovers. We daydream about seeing all meat-eaters instantaneously snap out of their sirloin-induced slumbers and go vegan.

But there is no magic wand, and dismissing the efforts of meat-eaters who dip their toes to test the waters before diving into vegetarianism doesn’t help end the living nightmares experienced by animals. That’s why PETA works 24/7 to document abuses, educate the public about all the veggie pluses, and bring tasty, humane options to the masses. It’s also why PETA President Ingrid E. Newkirk recently told Time,”Anybody who witnesses the suffering of animals and has a glimmer of hope of reducing that suffering can’t take the position that it’s all or nothing. We have to be pragmatic. Screw the principle.”

No doubt many of yesterday’s “Meatless Monday” devotees are today’s “practical vegetarians” who are on their way to becoming tomorrow’s vegans. For them, becoming The Conscious Cook is a process—a vegolution.

Look at it this way: A financial advisor doesn’t tell his or her clients that if they can’t save their entire paychecks, they might as well blow all their earnings and forget about saving for retirement. Why would we vegans tell someone who wants to eat fewer animals not to bother? After all, one more “No Blues” BBQ sandwich on a practical vegetarian’s lunch plate means that one more pig has been spared the crate, the truck, and the slaughterhouse. Surely he’d agree that that’s a good decision.