Poker champion Daniel Negreanu has written a letter to Harrah’s Cherokee Casino Resort, the largest casino brand in America, asking Senior Vice President and General Manager Brooks Robinson to add his voice to an ongoing call for the retirement of the suffering bears currently imprisoned less than a mile away at the Cherokee Bear Zoo (CBZ). PETA and Negreanu are urging Robinson to call on the principal chief of the Eastern Band of Cherokee Indians (EBCI) to close the pits and retire the bears to a reputable sanctuary. 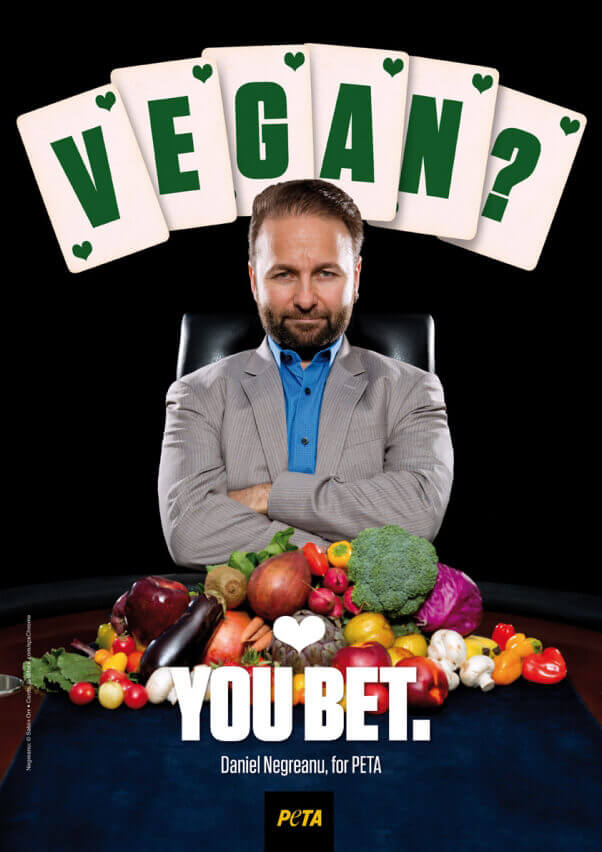 “These bears are kept in horrendous conditions in barren concrete pits that prevent them from engaging in virtually any type of natural behavior,” writes Negreanu, a longtime vegan who placed sixth at the World Series of Poker National Championship, which was held at Harrah’s Cherokee just this past July. “A life on concrete wreaks havoc on bear’s bodies and can lead to burned pads, debilitating arthritis, and ulcers among many other serious conditions.” 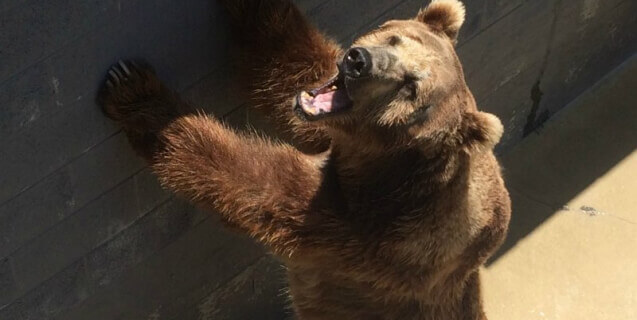 As you may know, I’m no stranger to Harrah’s casinos. In fact, I came in sixth place at the WSOP National Championship at Harrah’s Cherokee just back in July of this year. I’m writing to you today not just as poker player, but also as someone who cares deeply about the well-being of animals. My friends at PETA recently shared information with me about the bears who are suffering at Cherokee Bear Zoo (CBZ), only a mile from Harrah’s Cherokee Casino Resort. These bears are kept in horrendous conditions in barren concrete pits that prevent them from engaging in virtually any type of natural behavior. The controversy surrounding the bear pits has tarnished Cherokee’s reputation for years, and recently, a group of Eastern Band of Cherokee Indians (EBCI) elders even brought an Endangered Species Act lawsuit against the CBZ for its treatment of endangered grizzly bears. Will Harrah’s please join the call to close the last Cherokee bear pit by sending a letter to the new Principal Chief of the EBCI, Patrick Lambert, asking him to close the pits and allow the bears to be retired to a reputable sanctuary?

Bears in the wild explore home ranges of up to thousands of miles and are active for up to 18 hours a day, roaming, foraging, and exploring. Bears at the Cherokee Bear Zoo are confined to barren concrete pits in which they spend much of their time pacing back and forth and spinning in circles, signs of profound deprivation. Bears need large, complex, natural spaces that allow them to express their species-specific behaviors and soft earth to protect their feet and joints. A life on concrete wreaks havoc on bear’s bodies and can lead to burned pads, debilitating arthritis, and ulcers among many other serious conditions.

It seems to me that Harrah’s can only benefit from the retirement of these bears, since tourists would no longer be diverted away from the casino—so this would be a win-win situation! Harrah’s influence could make all the difference for these bears who have been denied everything for so long. Please, help us to help them.

Thanks so much for your consideration.