On the heels of PETA’s shocking eyewitness investigation of the animal laboratories at the University of Pittsburgh (Pitt), federal records reveal dozens of incidents of neglect, incompetence, and sheer cruelty that resulted in misery and death for hundreds of animals.

Pitt received nearly half a billion dollars in grants in 2016 alone, and an estimated 50 percent of it paid for experiments on animals. As a condition of the grants, the school is required to comply with federal animal-welfare guidelines—but Pitt violated these guidelines more than 50 times between January 2015 and April 2017. 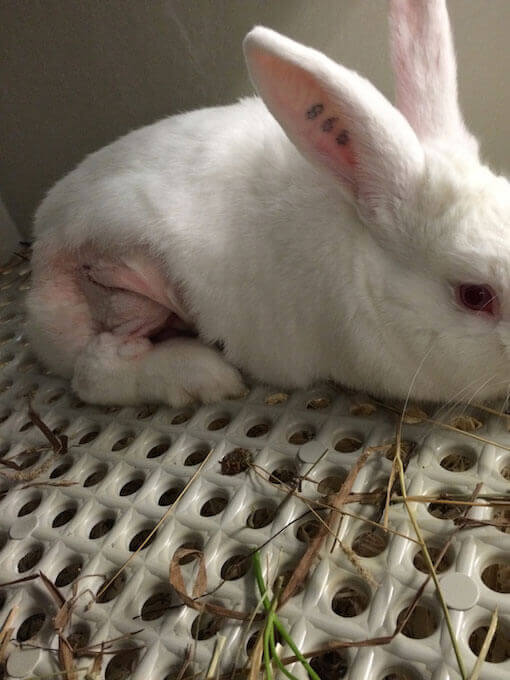 Experimenter Sandeep Kathju cut ligaments in rabbits’ knees, contorted their legs, and inserted a wire to hold the legs in place to cause intentional trauma to the knee joints.

In one study—paid for by your tax dollars—experimenters forced mice to become addicted to cocaine and deliberately induced stress in 16 of them by restraining them in narrow, cone-shaped tubes. But instead of the specified 30-minute restraint period, the mice were left in the tubes for 15 hours. One chewed through the tube and escaped, nine were found dead, and the remaining six were found in such poor condition that they had to be euthanized. In another bizarre study, Pitt experimenters surgically joined together pairs of mice. At least 166 mice used in these exceptionally cruel experiments were given no postoperative pain relief. 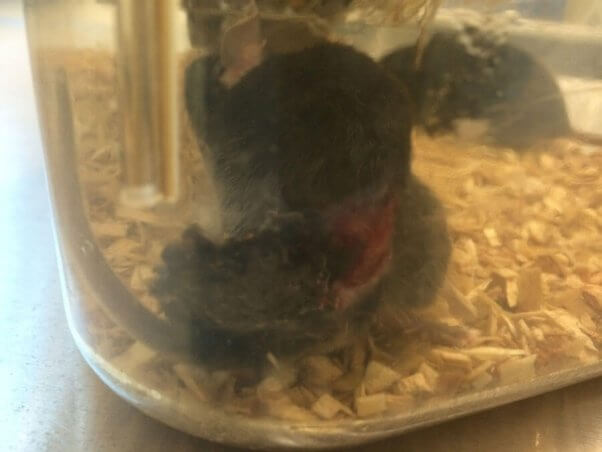 With no opportunity to escape from their intense confinement, stressed mice fought, causing traumatic wounds.

Other examples of the egregious cruelty documented inside Pitt’s laboratories include the following:

Following PETA’s eyewitness investigation, federal investigators confirmed many of our allegations: Mice were found dead in cages, cages were flooded, and incompatibly housed mice were so severely injured from fighting that they had to be euthanized.

Please join PETA in urging the National Institutes of Health (NIH) to stop funneling billions of taxpayer dollars into crude and cruel experiments on animals.