PETA has uncovered federal records that show an astounding 74 violations of animal welfare regulations in the University of Pittsburgh’s (Pitt) laboratories in the five years since our 2017 exposé. These violations run the gamut from material negligence to unapproved surgeries on live animals. We previously exposed that in Pitt’s labs, animals’ limbs were surgically bent into unnatural positions, they had wounds so deep that tendons were exposed, and experiments were designed to kill animals slowly and painfully. Five years later, animals continue to suffer at the university because of experimenters’ inattention, incompetence, and cruelty.

Experimenters performed painful, invasive procedures—such as tumor removal, lung transplants, and spinal cord surgeries—on over 100 pigs, mice, and rats who didn’t have adequate pain relief. These animals went through hell: Their sensitive tails were cut off, sections of their burned skin were removed, and pumps were implanted into their backs—but none of them received the required medications to ease their suffering. 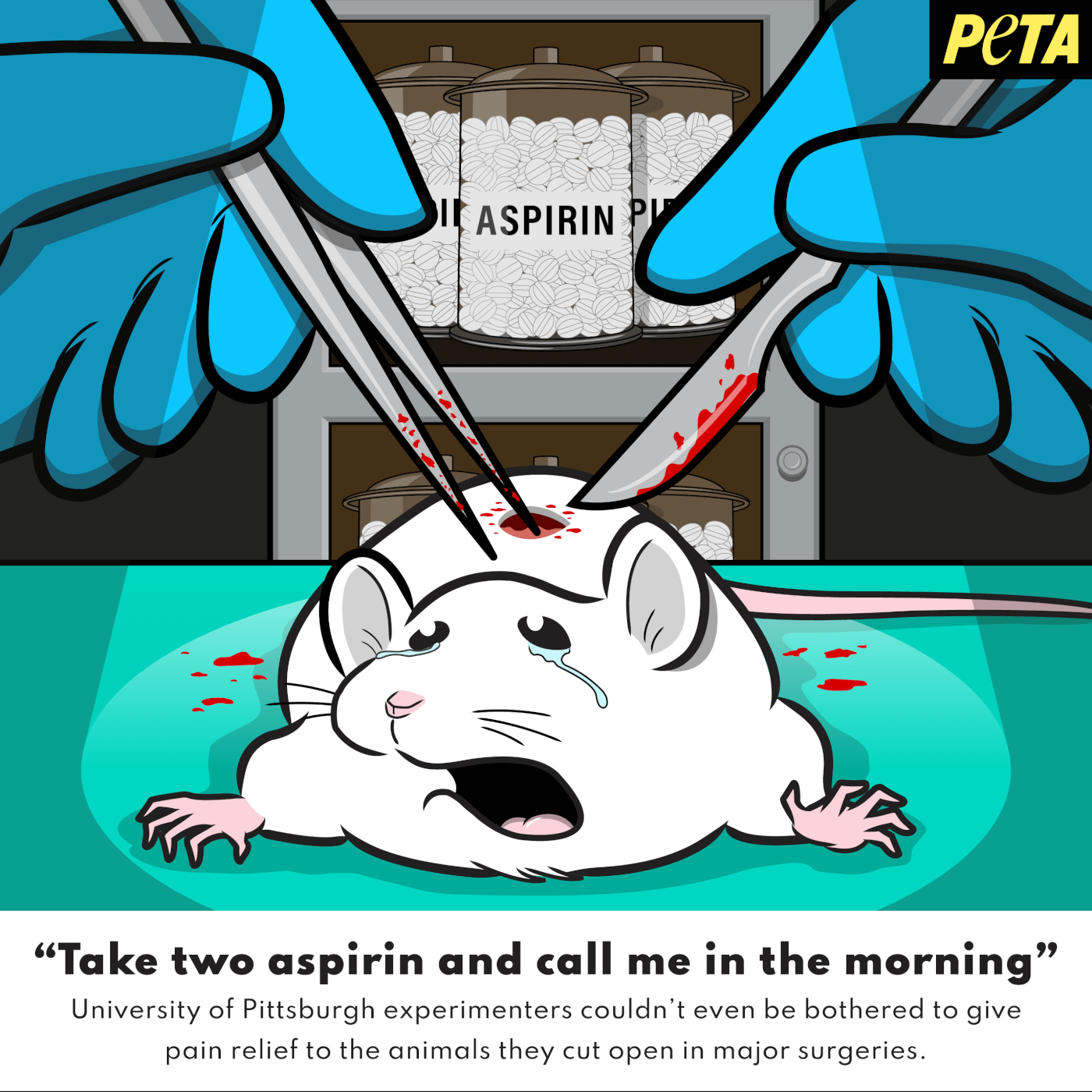 In several cases, experimenters and laboratory staff couldn’t be bothered to provide animals with basic necessities such as food, water, light, or even oxygen. The labs’ recklessness and extreme negligence runs counter to the very science experimenters say they’re doing. Broken equipment, basic mistakes, and lack of consistent access to food, water, and other basic necessities caused the suffering and deaths of numerous animals. Since the labs received over $600 million from the National Institutes of Health in 2021 alone, it’s clear that money won’t solve the problems:

The repeat nature of so many of these horrible incidents makes it clear that Pitt should never be looking after animals.

Pitt’s labs have failed to prevent the worst and most basic mistakes. Experimenter Ivona Pandrea, a repeat offender in terms of safety and welfare issues, was only temporarily suspended after racking up several serious violations. She made four monkeys severely anemic by overdrawing their blood. She also failed to monitor monkeys as required and didn’t provide treatments or nutritional support. This occurred after she had been cited for moving six monkeys with simian immunodeficiency virus to a room without telling anyone else that it had become a biohazard area.

This kind of a slap on the wrist is typical for Pitt. Its disgusting, speciesist disregard for animals in laboratories needs to end. We’re calling on its labs to fire rogue experimenters, permanently prohibit their access to animals, and modernize their barbaric science.